What's got to be one of next year's most significant jazz biographies in prospect here's a look above at the gorgeously-designed cover of the upcoming Philip Watson Bill Frisell biography Beautiful Dreamer. The photograph of Frisell makes the … 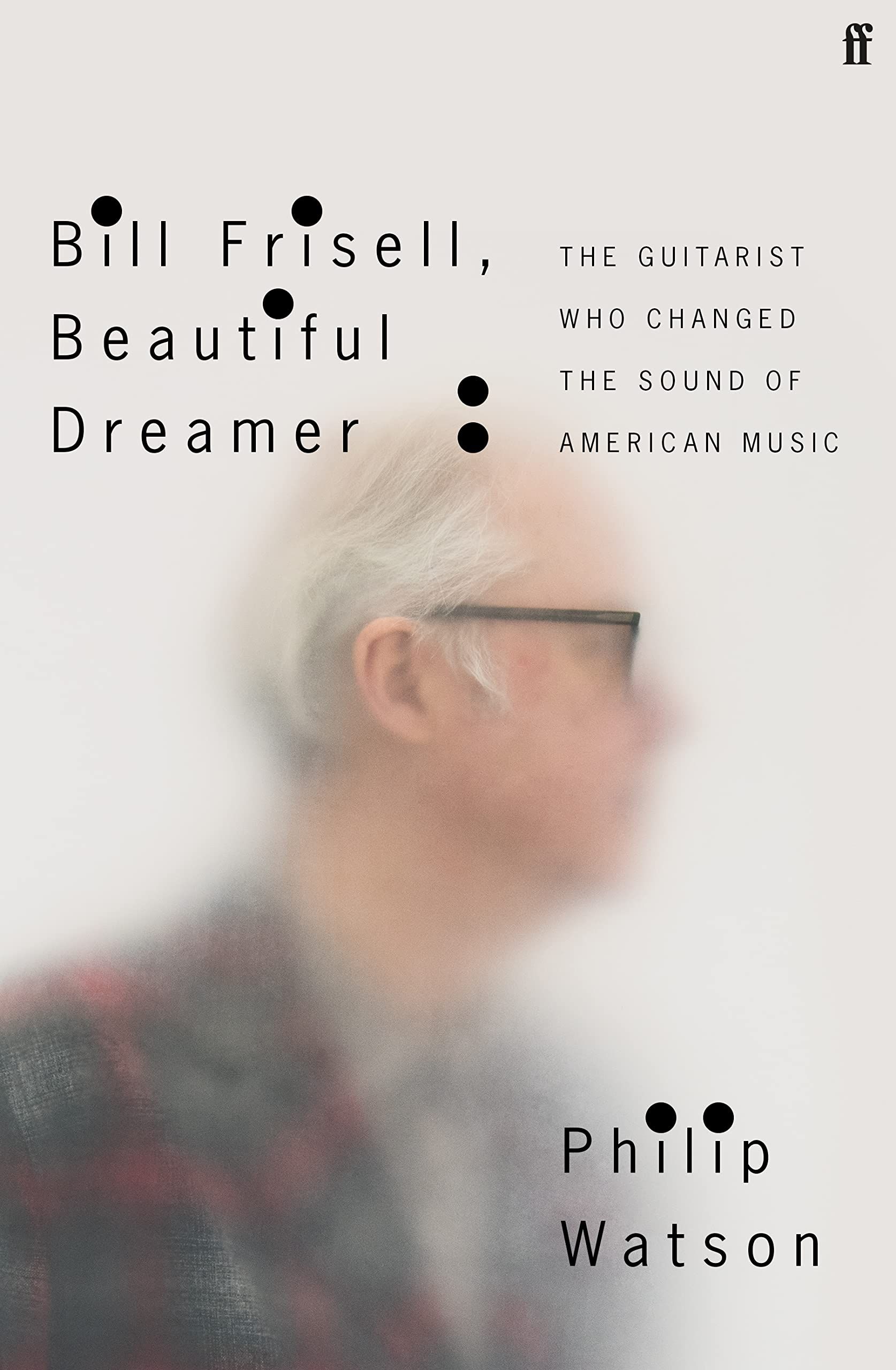 What's got to be one of next year's most significant jazz biographies in prospect here's a look above at the gorgeously-designed cover of the upcoming Philip Watson Bill Frisell biography Beautiful Dreamer. The photograph of Frisell makes the guitarist look as if he is viewed through a misted car window just about visible but obliquely hidden at the same time however contradictory the thought. Back in March we reported that Beautiful Dreamer was announced by Faber & Faber for publication in 2022. Amazon now indicate that publication date is 17 March. Notice the bold subtitle ''the guitarist who changed the sound of American music''. After Charlie Christian and quite a few others, that is! A hefty tome it weighs in at 544 pages.

The blurb mentions Watson's ''unprecedented access to the guitarist and interviews with his close family, friends and associates''. The title could be seen as partly a tip of the hat to the 19th century Stephen Foster ballad and parlour song 'Beautiful Dreamer' that featured on 2010 Savoy release Beautiful Dreamers. Frisell, a master of form and stylistically very eclectic across jazz, chamber music, Americana and the avant-garde, in recent years has been ubiquitous not just on his own records but in cropping up creatively in so many situations it's simply uncanny and yet we know so little about him beyond functional promotional interviews whenever a new record is out. In these he always seems so shy and self-effacing and always inspires a desire in the reader to know much, much, more.

Jazz musicians Tom Skinner from the Sons of Kemet, trumpeter Byron Wallen, pianist Alexander Hawkins and bassist John Edwards are among the ensemble playing Jonny Greenwood's dazzling score for new film Spencer. Check out the mainly baroque in nature soundtrack above. (Greenwood in the past included Skinner and his Sons of Kemet leader Shabaka Hutchings on his score for The Master.) 'Delusion/Miracle' on the score is very free with Edwards tremendously wiry and on edge. Check Hawkins and Edwards on Evan Parker's 5-star instant classic All Knavery and Collusion. Wallen delivered what to marlbank was the best UK jazz release of 2020 Portrait: Reflections on Belonging.