The easy listening charms of 'Pretty World' are manifold from the new Daniela Soledade album of the same name. Recorded in Rio Pretty World also includes a Soledade collaboration with the great composer Roberto Menescal on 'Como É Gostoso Sonhar … 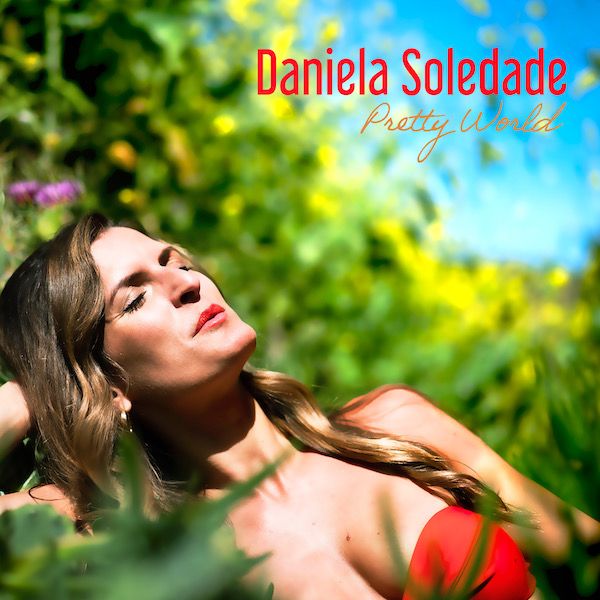 The easy listening charms of 'Pretty World' are manifold from the new Daniela Soledade album of the same name. Recorded in Rio Pretty World also includes a Soledade collaboration with the great composer Roberto Menescal on 'Como É Gostoso Sonhar (It’s So Good To Dream)' and a version of Michael Franks classic 'Down in Brazil' (the last track of Side 2 of 1977's Warner Bros album Sleeping Gypsy).

Daniela debuted with 2019's A Moment of You

The Rio-born singer blessed with a voice that can melt the permafrost of even the coldest of rooms and who is the grand-daughter of Paulo Soledade the writer of 'Só Você, Mais Nada' (in English rendered from the Portuguese 'Only You, Nothing Else') introduced by Elizeth Cardoso in 1954 and later flamboyantly, swooningly, by Maysa on Barquinho (1961) includes songs by Paulo and Daniela's musician father Paulinho on the record.

'Pretty World' is a cover of the 1960s Antonio Adolfo song interpreted down the years by among others the great Sérgio Mendes & Brasil '66 and includes masterful lyrics in English by the Bergmans - Alan and the late Marilyn. Guitarist Nate Najar appears with the singer for the Cornwall and London dates. Album guests include jazz icon Randy Brecker on flugel and swinging mainstreamer eternal fogey Harry Allen on tenor saxophone. Daniela Soledade, top. Photo press

We do not know what we want and yet we are responsible for what we are - that is the fact – Jean-Paul Sartre SEVEN STEPS TO HEAVEN SIGNATURE CHOICE - DIFFERENT STROKES FOR DIFFERENT FOLKS 1/ The Killing Popes A-Trane, Berlin 10 August 2/ …

Juniper last year possesed a lot of staying power and proved a much more rapid grower than the tree-like junipers in Finland that can reach 15 metres and live for hundreds of years. The preternaturally still elegy 'Neon Light (and the sky was trans)' and even better 'Nana – Tepalle' a beguiling melody introduced by a deep riff that bears, you can't help much as you might fight it, an uncanny but distant resemblance to the heart of the main Ron Grainer theme for 1970s/80s TV series Tales of the Unexpected, the sax part of which was played by Duncan Lamont. (The effect is fragmentarily and tangentially subliminal that begins like oh the third note in of the motif in a different register and wildly different context coloured in the Fredriksson by the ground bass line ostinato. Even more contrasts are available. Both pieces have wonderful individuality and each are hermetically sealed in their own visions. Sheesh.) Fredriksson, first and the only time so far heard by this blog in the punk-jazz band Mopo at the Irish Time Jazz Connective festival in Dublin, taps spiritual jazz and a compositional sound that harnesses space and shades of electronica so intuitively in a deep song that has a stirring vibrational sense to it all through.

In the seven to the fore: Linda Fredriksson, top