The shape of the future in terms of formats beyond streaming Luca Boscagin's highly collectable Ghost Light is now issued as an NFT (non-fungible token), the first for the Babel label and indeed any UK jazz label. Artwork is by very fine painter … 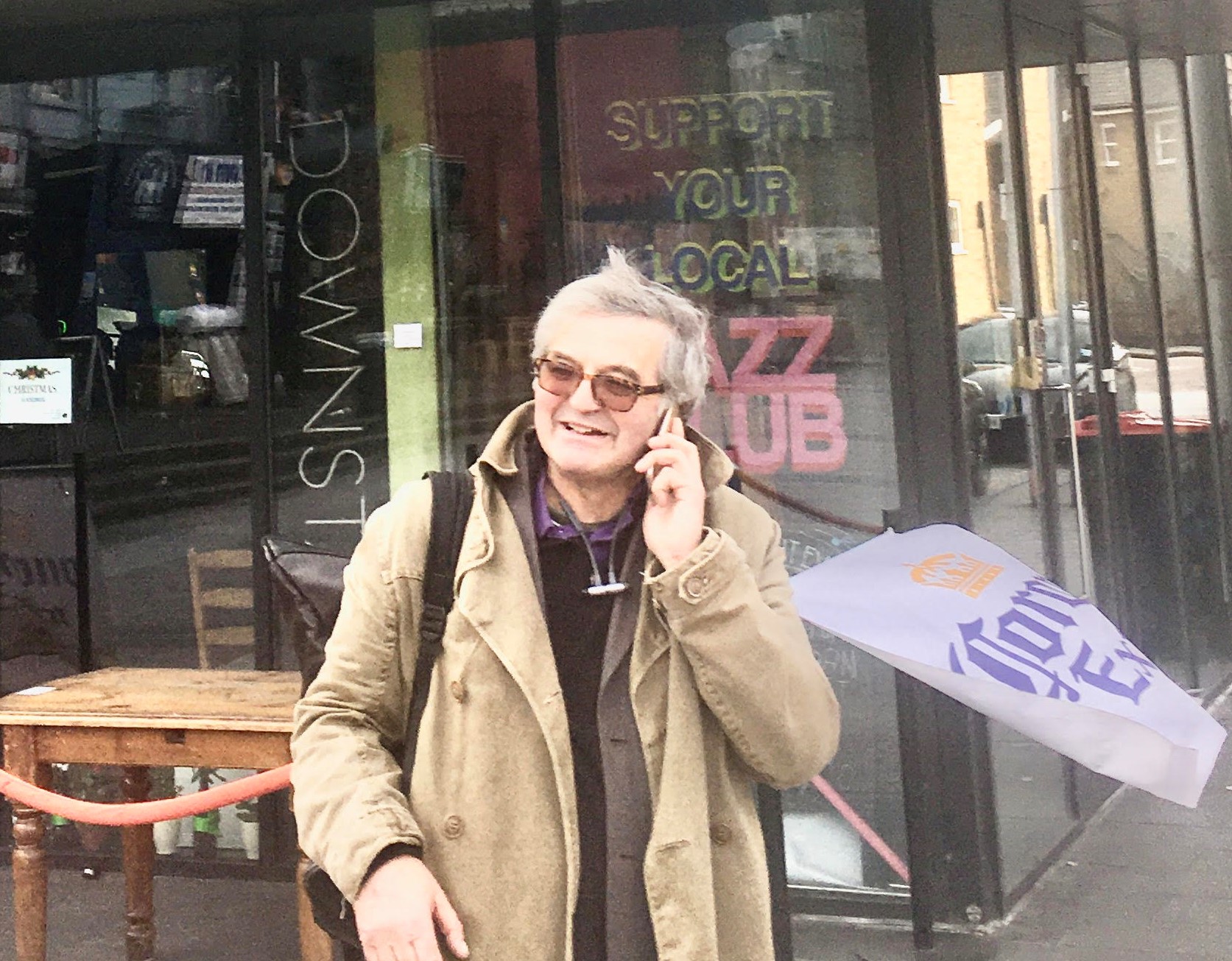 The shape of the future in terms of formats beyond streaming Luca Boscagin's highly collectable Ghost Light is now issued as an NFT (non-fungible token), the first for the Babel label and indeed any UK jazz label. Artwork is by very fine painter Aurelie Freoua. Long delayed only a single track is currently available on Bandcamp (the latest is 'Buen Dia La Paz') so this is the only way to get the full release. We spoke to Luca last year about the duo album with piano icon Jason Rebello.

No stranger to Oliver Weindling's Hampstead-based Babel on which the album is to appear (Boscagin is on Emilia Mårtensson's Loredana) the guitarist has known Rebello for six years and reignites their fire and rapport. The pair, going back, had toured in Luca's homeland of Italy and then reconnected to record in Jason's studio in Bath. Ex-Jeff Beck, a jazz star before firstly hooking up with Sting in the 1990s, Jason was produced at the beginning of his career by Wayne Shorter on A Clearer View. There is a Shorter link retained in the JuJu piece 'Yes or No'.

The more traditional Italian connection isn't forgotten and is provided by 'Ma se ghe penso' favoured by Luca's wife and a song that has a firm Genoese resonance in representing the Signora's home city. Luca likes music that connects in a roots way with the people. 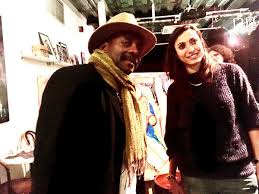 Aurelie Freoua whose art is featured on Ghost Light above with sax icon David Murray in 2019. Photo: marlbank

In St Albans Luca carves a route to his own rock roots by visiting because The Zombies emanate from there. The duo do a beautiful contrapuntal version of and justice to 'A Rose for Emily'. Luca loves heritage rock including The Beatles, Led Zeppelin, Wishbone Ash and Deep Purple and has been known to even make a pilgrimage to the very pub where The Zombies first played to bathe in their aura. Quite an 'odessey' but who's the 'oracle'? Bubbling up it could well be a tune, and a special one at that, from bassist Tim Thornton and 'Passengers', a tremendous highlight of the album and serves up, given Thornton's well known prowess as a chef, a pizza the action.

Luca has been in the band of 'Sultans of Swing' Dire Straits drummer Pick Withers in recent years and as a writer builds melodies from riffs. Pick's dog gets her three minutes and forty six seconds worth of fame in the naming of 'Miss Tulip' in a touch of canine can-do.

Oliver Weindling of Babel records, main image. Photo: marlbank. Luca Boscagin, top. Photo: via YouTube. Link to the NFT which is on sale via OpenSea until 13 June

Years ago at a Catalan showcase in central Barcelona I heard French, Catalonia-based, trumpeter Raynald Colom during a quick presentation of acts before the assembled press took a bus to nearby Terrassa for a club show in the Nova Jazz Cava. Colom …

Years ago at a Catalan showcase in central Barcelona I heard French, Catalonia-based, trumpeter Raynald Colom during a quick presentation of acts before the assembled press took a bus to nearby Terrassa for a club show in the Nova Jazz Cava.

Colom is very well-known there not so much here in the UK and Ireland but signing to Whirlwind for this record probably will help his profile and if he appears here in a club or somewhere again that will do no harm at all either. Thinking back to his homage which landed in the spirit of Freddie Hubbard that different time in Catalonia he stood out all those years ago (I have forgotten most of the others who appeared) and when I heard first pre-release track 'Wholeness' it was great to pick up again on the musical remarks of his spirit that he made long ago.

A live album recorded in Italy 'Wholeness' is based on Scriabin’s colour concept and is inspired by sunrise in the great city of Barcelona. The album includes a beautiful version of enduring Jimmy Rowles classic 'The Peacocks' that goes back to the mid-1970s when it was included on the Stan Getz and Rowles album of the same name issued by Columbia.

I stopped listening to Colom at this point to turn to the wondrous sound of Stan Getz and was blown away by Getz and Rowles.

While I am not completely blown away by A Million Dreams it's more than satisying as Colom progresses refurbishingly into Miles Davis and Benny Golson territory on 'Sketches Set Seven - Stablemates' when pianist Tony Tixier is a spiky foil (the album has Joe Sanders on double bass and Francesco Ciniglio on drums).

'September in the Rain' at the end is an easy-going treat summoning in my mind memories of 2013's early evening solo piano Pizza Express Jazz Club gigs The Shearing Hour performed by John Turville. With Colom here Sanders has a big part to play ''strolling along'' with his walking bass lines. Verdict? A more than decent live album that stirs memories and desires. SG