It says more about how the mass media is obssessed with celebrities that the new Tony Bennett and Lady Gaga album Love For Sale generates profile most jazz artists (even big names) could ever dream of receiving. Take the Alexis Petridis piece in … 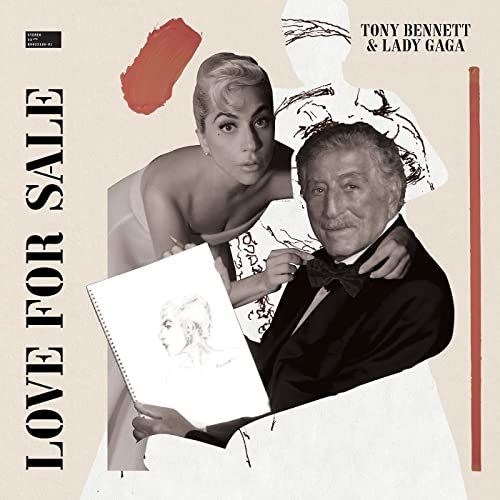 It says more about how the mass media is obssessed with celebrities that the new Tony Bennett and Lady Gaga album Love For Sale generates profile most jazz artists (even big names) could ever dream of receiving. Take the Alexis Petridis piece in The Guardian where the album given a measly three stars note is nonetheless album of the week, a recognition of the big names at least as much as the damning-with-faint-praise inherent in that parsimonious rating. I'm not a fan of the album although there is nothing wrong with it. It just doesn't move me. Anyway Bennett had nothing to prove making it. It's great he's still making it. He's now 95 for goodness' sake! He's done it all and Gaga pretty much too even in her comparatively short career. However, I completely agree with Petridis when he says regarding Lady Gaga's performance on the Bennett swansong: ''There’s a conversational ease to her vocals.'' She is also a bona fide jazz singer which is old news. I get that completely. I remember chatting to saxist Alex Garnett one night at Kansas Smitty's jazz club in Hackney who recalled being in the band at Ronnie's the night Gaga blew everyone in the audience away when she sat in and swung with the Late Late Show band that night on Frith Street. In terms of her catalogue it's interesting that Gaga is now being covered by credible jazz artists from a generation several times on from Bennett's such as world class crooner Peter Cincotti who told marlbank just last week that he is interpreting 'Poker Face' on his still-to-be-released 88 Keys and Me. But looking for state-of-the-art jazz vocals wouldn't be it refreshing if a leading critic in a leading paper introduced readers to one or all of these fine albums, mostly unreviewed or allotted a few lines in some obscure below-the-fold spot, in addition? Trouble is the arts editors with clout don't want to know or care enough to remedy such neglect. We can't seriously talk about a higher profile for jazz in the UK until there is a changing in the guard in the arts pages so that writers actually get given the space they are longing for to really let readers, whistling in the dark, know what's going on.

3/ Denise Donatelli Whistling in the Dark: The Music of Burt Bacharach, Savant