They're shutting down the factory now/Just when all the bills are due ring out from the lyrics on track of the day and new today in the One Love spot - a fresh and very unhackneyed treatment of Leonard Cohen's 'Coming Back to You' sung by the great James Taylor a love lorn meditation on distance as the protagonist at the heart of the song awaits the handing down of his sentence and included on an autumn release upcoming from Blue Note of the Larry Klein produced Here It Is: A Tribute to Leonard Cohen that traverses the Cohen songbook with in addition to Sweet Baby James himself - Norah Jones, Peter Gabriel, Gregory Porter, Sarah McLachlan, Luciana Souza, Iggy Pop, Mavis Staples, David Gray and Nathaniel Rateli­ff among the artists involved with iconic guitarist Bill Frisell, saxophonist Immanuel Wilkins, pianist Kevin Hays, bassist Scott Colley, and drummer Nate Smith plus additionally Greg Leisz on pedal steel guitar and Larry Goldings on organ in the core band. 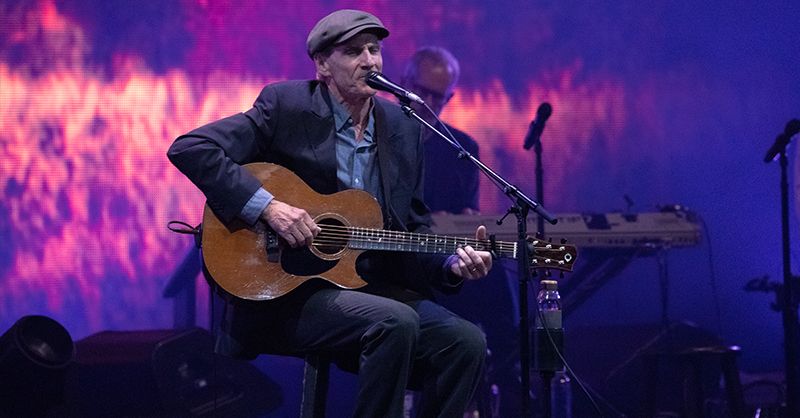 'Coming Back to You' was a track on the John Lissauer produced Columbia album Various Positions (initially released in 1984). Leonard Cohen, main photo top, in 1985. Photo: via YouTube

Chance your arm with Schantz and Eger this September.

Nordic princes of darkness Rkdia - where fully altered 1980s electro pop meets subliminal echoes of 'Rockit'-period Herbie Hancock and heart-on-sleeve big throated crooning among the smörgåsbord of sounds - are the stand-out band this autumn at Sounds of Denmark - a run of autumn gigs that begins in Southampton and continues in London spread over three days in mid-September.

Back in May we bigged up the deeply satisfying 'Orbit' in our One Love track of the day spot new at the time from the Svaneborg Kardyb duo who are drummer Jonas Kardyb and keyboardist Nikolaj Svaneborg and who display a folk and Scandinavian jazz-soaked approach. They are signed to the Mancunian spiritual-jazz and jazztronica-loving Gondwana Records. As a sizeable hors d'oeuvre to Sounds of Denmark Eger also rumbles in for the Proms on 3 September in the top playing company of Marius Neset, Ivo Neame, Conor Chaplin, Jim Hart and the London Sinfonietta.