The London jazz scene staggers back into action. It is not a uniform picture by any means and remains hard for clubs to function with restricted capacities. Latest currents show some welcome movement in the right direction. ● Chelsea's 606 is …

The London jazz scene staggers back into action. It is not a uniform picture by any means and remains hard for clubs to function with restricted capacities. Latest currents show some welcome movement in the right direction.

● Chelsea's 606 is putting on shows again in parallel with streaming.

● Dalston's Cafe Oto as reviewed from last week is definitely back.

● Fans and regulars are steadily returning to the Vortex in Dalston.

● The Jazz Bar also in Dalston is open and busy. Prebook to get in.

● The Hampstead jazz club hasn't started gigging again yet in its tiny basement premises on New End. Ventilation remains a key concern for all basement jazz clubs, a classic level for jazz in itself, such as this spot beneath the Duke of Hamilton pub as all basement jazz spots continue to pore over the latest applicable Covidian regulations. However, the club is promoting a big concert at Cadogan Hall near Sloane Square on Saturday night. 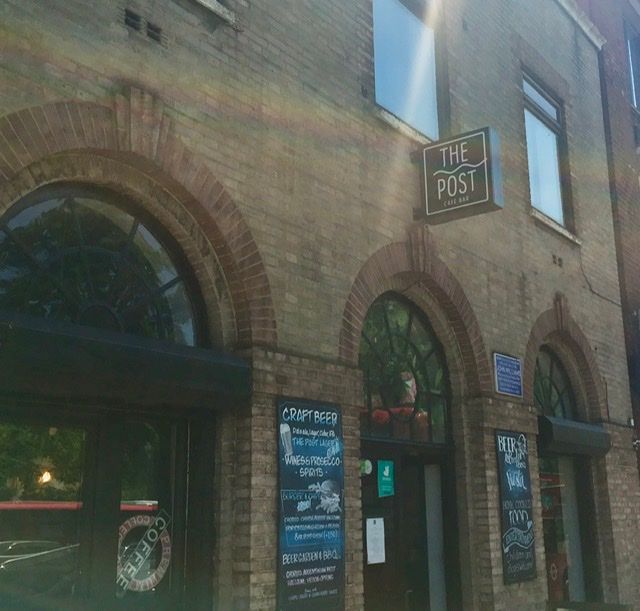 ● Boisdale in Mayfair is still to reopen although other Boisdale music venues are whirring back to life again.

● As previously reported Soho's Pizza Express Jazz Club is back next month as too are Pizza Express music venues in Holborn and Chelsea.

● In Soho and as reviewed from on reopening night Ronnie's is up and going again properly albeit not so far in terms of its late-night programming. A further ramping up is hoped for when rules allow. 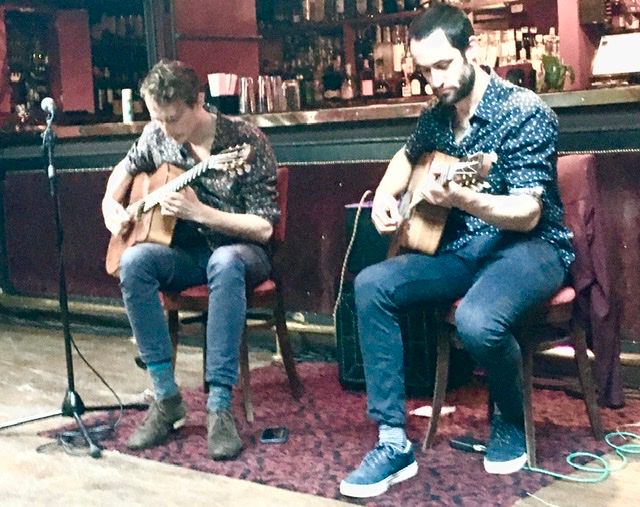 ● The Piano Bar in Soho has reopened.

● Soho's The Spice of Life will be re-opening in September, according to the club's promoter Paul Pace.

● But Streatham's Hideaway as far as we know won't be reopening. A big loss.

● Check out jazz listings for the Post Bar in Tottenham, a just-about-right sized arts cafe venue space that has a fairly low ceiling, good acoustics, the stage not too high. On this coming Thursday night there's a Triple Jam featuring the formidable David Mrakpor, Mr DM of ever growing Blue Lab Beats fame, with The Magpie trio appearing at the Post on 20 June. The Post Bar, Tottenham, above. Photo: marlbank. Top: David Mrakpor photo: bluelabbeats.com 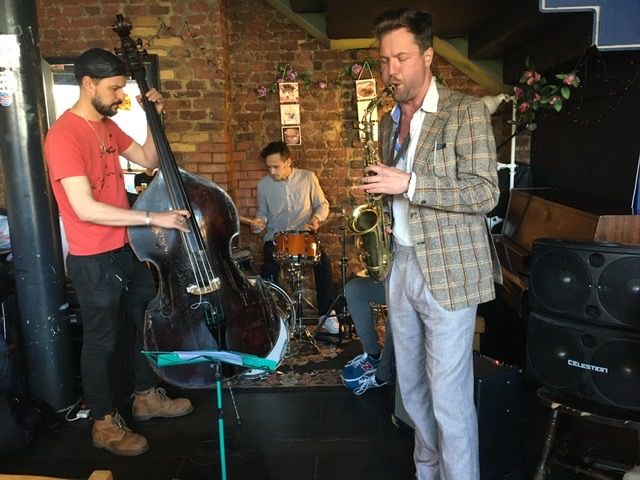 With Perihelion just released, his new album featuring pianist Robert Mitchell and trumpeter Jay Phelps and quartet shows coming up in June, London-based Austrian the Ornette and Wayne Shorter-inspired alto saxophonist Guido Spannocchi was jamming earlier at the Vortex downstairs on such numbers as Wayne's 'Tom Thumb' and more unusually Lester Bowie's 'Zero'. The latter was easily a big first set highlight, a number that was included on Bowie's 1987 album with The Leaders, Out Here Like This.

Guido's core band at the jam was completed by guitarist Phil Stevenson, double bassist Jay Darwish and drummer Filippo Galli. Darwish, known for his work with the fine jazz singers Zara MacFarlane and Jo Harrop, shone. I could only think of the sound of Gary Crosby in my head listening to Jay. Jammers sitting in later included saxophonist Klaus Bru and drummer Marek Dorčík whose tasteful About Time album was released last year. SG

Follow the link to Guido Spannocchi's gig at the Vortex with 2 shows scheduled coming up on 19 June.