Jazztronica duo Blue Lab Beats are to release Motherland Journey through Blue Note on 25 February next year. The album includes 'Labels' and 'Dat It' with the sunny title track and lead-off track streaming that features a Fela Kuti sample and … 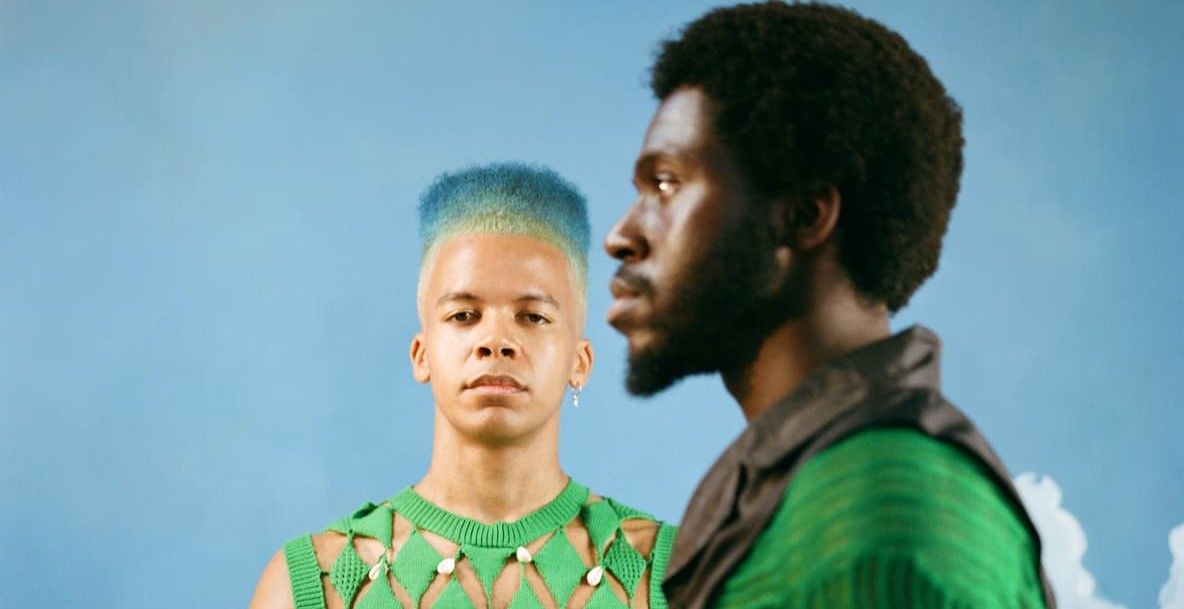 For pluralism against purity: Four words, an ocean of meaning. That's how in a nutshell we approach reviewing as an overall policy. But what does ''purity'' mean? It doesn't mean not to have preferences. And it does not mean to like everything no …

For pluralism against purity: Four words, an ocean of meaning. That's how in a nutshell we approach reviewing as an overall policy. But what does ''purity'' mean? It doesn't mean not to have preferences. And it does not mean to like everything no matter the style or because it is better per se to be omniverous stylistically.

It is also perfectly fine to be entirely a jazz listener as a preference. It's not so good to render it a be-all-and-end-all sort of destination, you know nothing is as good as jazz because of course not all jazz is good. It's absurd really to think along those lines even if some part of you actually feels that.

''Purity'' can be the truncheon of the ''jazz police''. How we think of that body of reactionaries is to see its membership as overly orthodox and in need of education or at least exposure to different kinds of jazz. But you can't make a horse drink even if you lead it there.

Nobody can listen to everything or have omniscience of every recording. Even the most complete discography published is missing some recording or other. Being overly orthodox is to narrow in on some truth or other within a style and to decide that that is the only way. It can be the state of being overly-didactic (Wynton Marsalis is prone to this quite often given his preference for ''swinging''); or it can be stuck in an era (ideas of Golden Age-ism for instance surrounding ''the Blue Note'' sound as ultimate benchmark).

When we get to hybrid styles (jazz-rock, say) which is the mass borrowings from one or more styles added to jazz chordal ideas and habits purists typically take most umbrage and yell ''it's not jazz''. It's easy however to make a case that the progress of jazz styles has been a harnessing of hybrids and then developing that new language which has been forged by the collision of styles.

You can begin with Joe Zawinul composition 'In a Silent Way' or Miles Davis album Bitches Brew and then you can see how the jazz-rock language reached its apotheosis in the later music of Zawinul and Wayne Shorter's Weather Report.

You can also see how the airy Nordic music of Jan Garbarek when working with Keith Jarrett in the 1970s later can be shot through a straightahead prism in the music of Branford Marsalis and become something new on a piece such as 'Lykief' (''Like Keith'' is the pun).

There is no exit and entrance and this is what infuriates purism because the trajectory of styles down the years is more a revolving door. And then what happens when an artist radically changes their style and retreats to a past decade for inspiration?

Also ask yourself this: if an artist becomes their own covers band in later life returning to the music created decades earlier does that artist actually still have validity beyond fandom? They won't however much they revisit the past be exactly the same given the nature of improvisation which actually extends the sell-by date of jazz even if you can discern habits, patterns, customised licks, everything that our brains tells us stands for their sound.

Purism is a stubborn refusal to allow other music in. In any case putting up a barrier is impossible. You can't stop someone being influenced by a band from way beyond what you'd expect. Take this example, back in October I heard a pianist new to me called Harry Baker who was playing a trio gig. Of the covers the trio's take on John Scofield's 'Meant to Be' worked best but it wasn't unexpected given how Sco is one of the giants of jazz guitar globally. And so for someone to cover his work made sense. However, when the trio covered indie band Big Thief's 'U.F.O.F' there was no familiarity in style at all. Few in the audience in the Vortex that night had even heard of that band. I certainly hadn't. The accommodation of the piece nonetheless worked. And it made sense. Baker and his trio found something they thought they could remodel and challenged themselves. Can you imagine putting that idea of a cover to a committee of purists (even worse a committee of pop label A&Rs) who somehow have gained the power to decide a tune?

It has been a long while since a significant new jazz language or if you prefer dialect came along. (Some of the last significant ones were invented by Steve Coleman with MBASE beginning from Motherland Pulse in the mid-1980s and by John Zorn starting with Naked City in 1990.) But you can bet the next language that does come along will be greeted with hostility if past examples (bebop panned by tradsters in the 1940s, harmolodics in its electric guise by jazz-rockers in the 1970s) are anything to go by. That reaction is not necessarily about purism more about the shock of the new. And we're all for that sense of frisson, that newness in its best sense, round here even when it is as frustrating, incomprehensible and possiblly flawed as it is so often invigorating. SG