The intersection between jazz improvisation and the world of Irish traditional music has always fascinated us whether implied, overt or not and as often as not performed by musicians with feet in both disciplines. There are overlappings globally …

The intersection between jazz improvisation and the world of Irish traditional music has always fascinated us whether implied, overt or not and as often as not performed by musicians with feet in both disciplines.

There are overlappings globally involving many types of local musics and each can feed into jazz for a specific blend.

The only other music we regularly hear live apart from jazz is trad Irish so this venn diagram of musics is most relevant.

No finer an exemplar in the firmament of an Irish-trad and at times a post-bop binary is found than in the work generally of bassist composer Neil Ó'Lochlainn and yet often his work seems more Irish trad than something a mainstream jazz audience can identify with. (For an amalgam that is jazzier and represents a wholly different approach turn to Cormac McCarthy's Mehldau-ian Cottage Evolution.)

We first encountered the tonally rugged work of the bassist live in a hard bop setting at a small much missed Enniskillen venue called Jazzeys which marlbank promoted in 2014. That was when O'Lochlainn was playing in a trio put together by the highly imaginative drummer David Lyttle. A few years later we reviewed Imbas by one of the bands that he is best known for, Ensemble Ériu.

The upcoming Umhaill by Ó'Lochlainn and his ensemble Cuar is the best exposure to date that we have experienced of Ó'Lochlainn's protean creativity following on from the acclaimed Roscanna.

More trad than jazz for sure the work was written on Achill Island three years ago and later recorded in a county Clare studio. Most of the pieces are by the bassist/flautist-composer with an instrumental arrangement of the traditional Irish language sean-nós lament ‘Johnny Seoighe’ also among the selections. That song itself is a once taboo satire addressed to a 19th century famine relief officer Johnny Seoighe (Joyce in English) whose back story is a harrowing tale of dire poverty when the songwriter, possibly from Connemara, and his family on Christmas Eve were turned away by the workhouse after a long walk and refused help by Seoighe. The protagonist's wife and children tragically subsequently died of hunger.

Achill island-themed Ó'Lochlainn's more general influences include Indian music, Morton Feldman and Arve Henriksen. Excellent reedist Sam Comerford, fiddler/violist Ultan O'Brien, fine free player trombonist Colm O'Hara and uilleann piper Pádraic Keane on the last track join Ó'Lochlainn. Highlights include the bowed bass beginning of 'An Sliabh Mór' and subsequent wild violin response. By contrast the way the ensemble is voiced on 'Béal an Átha Salaigh' has a dream-like serenity to its thoughtfulness. A beautiful cinematic vision of humanity and togetherness the Irish zen in the rhythmical tug of 'Ríl Elba/Ríl Sotta' is a particularly pulsar goosebump moment to savour.

Tags: 1 of 6 of the latest album and track reviews

Post-playlist - are we there yet? 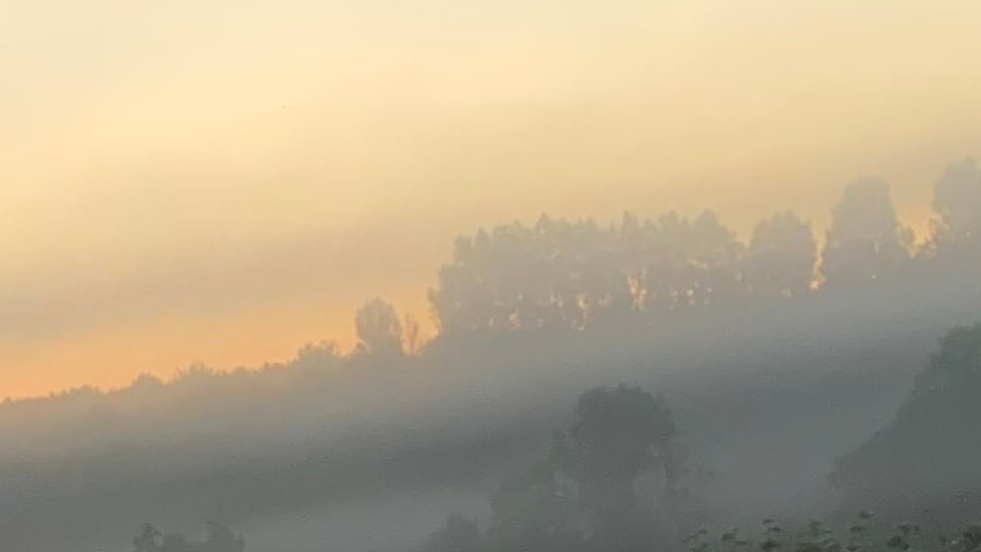 The algorithm will not be televised

In the photo top we're thinking certainly in the landscape and light of the work of the great Irish painter Liam Blake whose 'A Turn in the Path' is above.