A highly unusual live album of improvisation that works most meaningfully in that the spontaneous composition coheres structurally, emotionally and above all this there is a weight to the outcome. The elements are crisply enough captured - there …

A highly unusual live album of improvisation that works most meaningfully in that the spontaneous composition coheres structurally, emotionally and above all this there is a weight to the outcome. The elements are crisply enough captured - there are no real issues with the mix apart from the sometimes muddy piano sound - if Live at St Mary's obtains a CD release, which hopefully it will need to, a fresh mastering might garner brighter fidelity in places. The tap dance of Petra Haller that proved convincing at Azalea in the summertime here for the first time in a trio with free-jazz pianist Meg Morley and the free-jazz and AfroCuba influenced trumpeter and flugel player Loz Speyer recording in a Putney church in September. Petra's feet act as percussion so think of her as a drummer playing on a practice pad rather than a drum with the snare off, the clash of brittle shoe polymer and board together creates its own piquant series of resonances and sometimes you'd swear it's even castanets at play such is Petra's nimble footwork. Morley is frequently serene, even pointillistic. Speyer, a player who should be far better known and celebrated, is an enjoyably plangent pleasure especially on the flugel, stark but also passionate. Moving in places it's a collaboration that harnesses a sense of in-the-moment reaction to distilled expression stored in a collective imagination that unveils itself naturally. The highlight is the three autonomous independent lines explored on 'The Three of Us' where to use a significant Weather Report remark Joe Zawinul is attributed to have made however much this lands in a completely different idiom - ''No one solos, everyone solos.'' 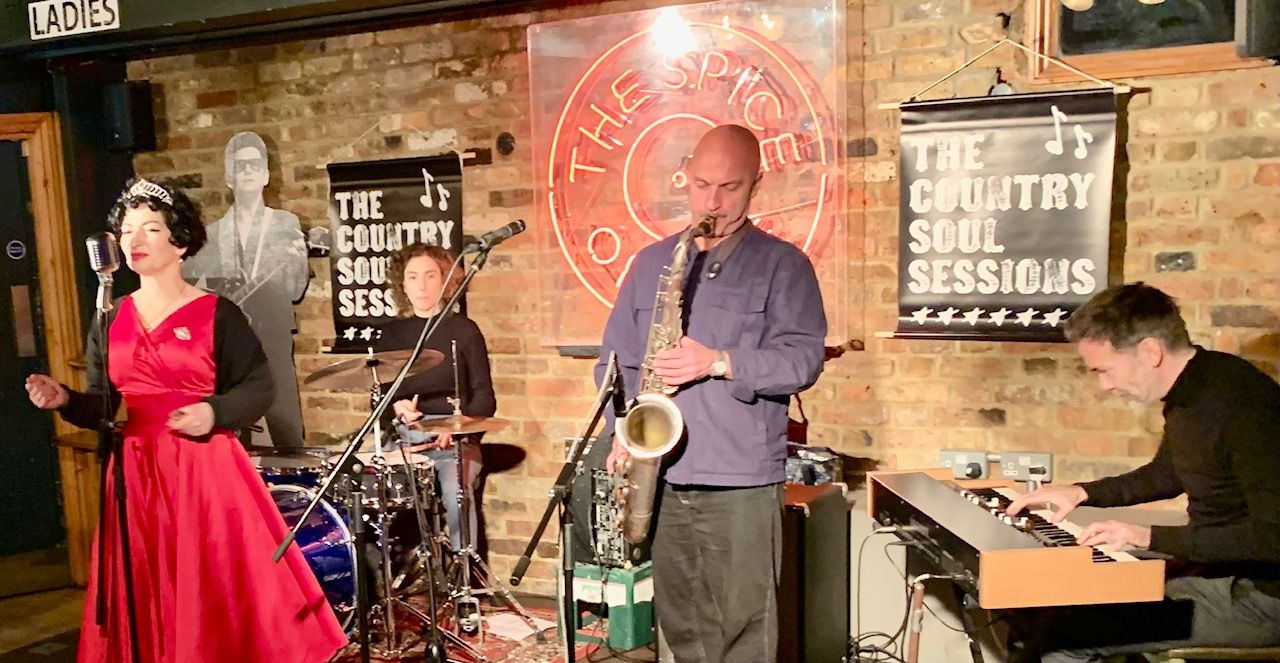 With support by the boisterous outlaw honky tonk Sambuca swilling presence of singer, guitarist, blues harpist, whistler Paul-Ronney Angel a set highlight of which was fabulous drinking song 'Wild Turkey and Lemonade' recently a duo with Linda Gail Lewis, sister of the late Jerry Lee Lewis, ''the killer'', Florence Joelle later in the second set came into her own sporting a vintage look tiara and red dress get-up on a gleeful set whether in French or English best of all the more Eartha Kitt-like the singer and blues harpist became. Dancers also responded eagerly especially to the singer's '29 Bus Blues' circa Stealing Flowers. 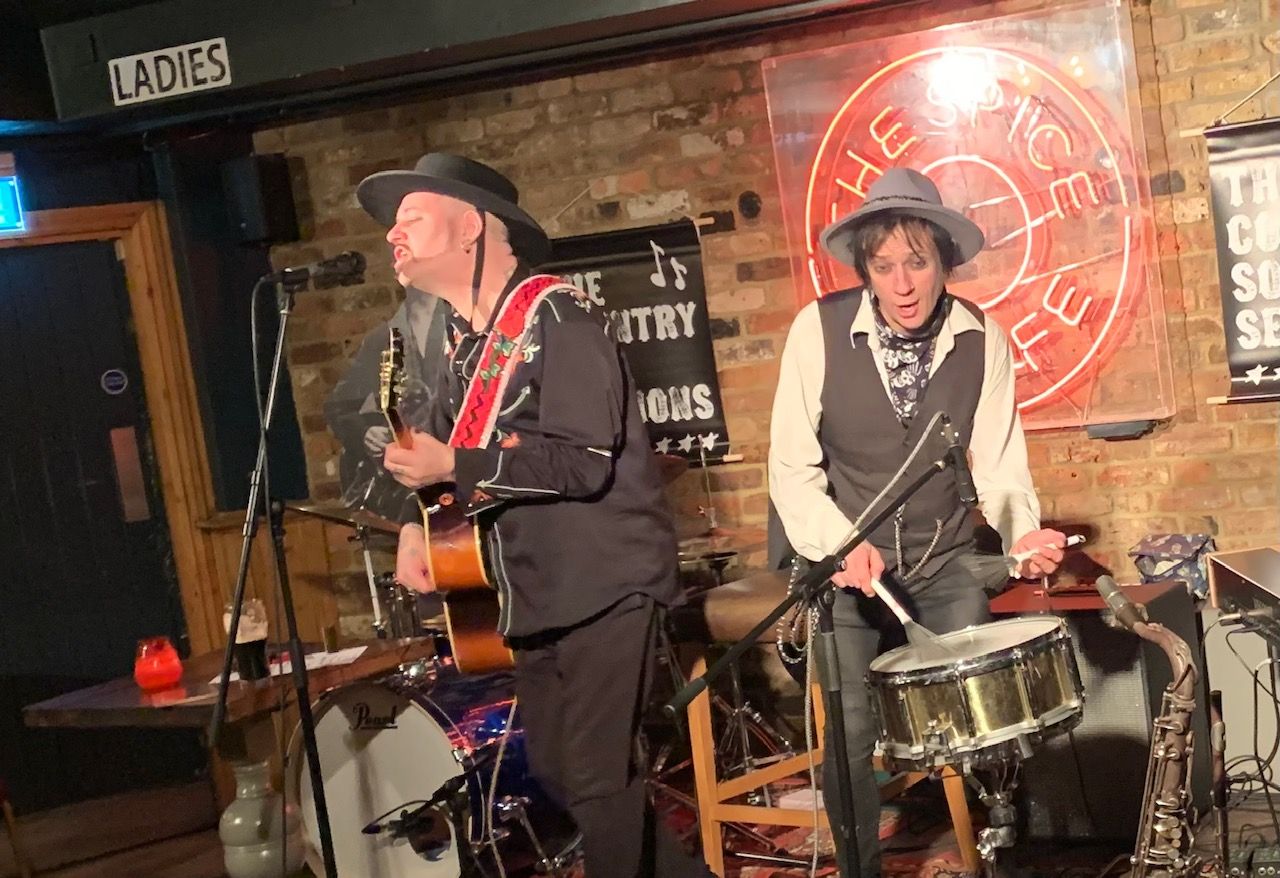 Angel was also joined by drummer Gary Voodoo and dueted with Florence later. In the Joelle band Rory More playing a Viscount Hammond-sounding organ was excellent especially the more Georgie Fame-like he became. Ian Marcus on tenor sax and flute was raucous when needed against steady as a rock drum backing. Photos: marlbank