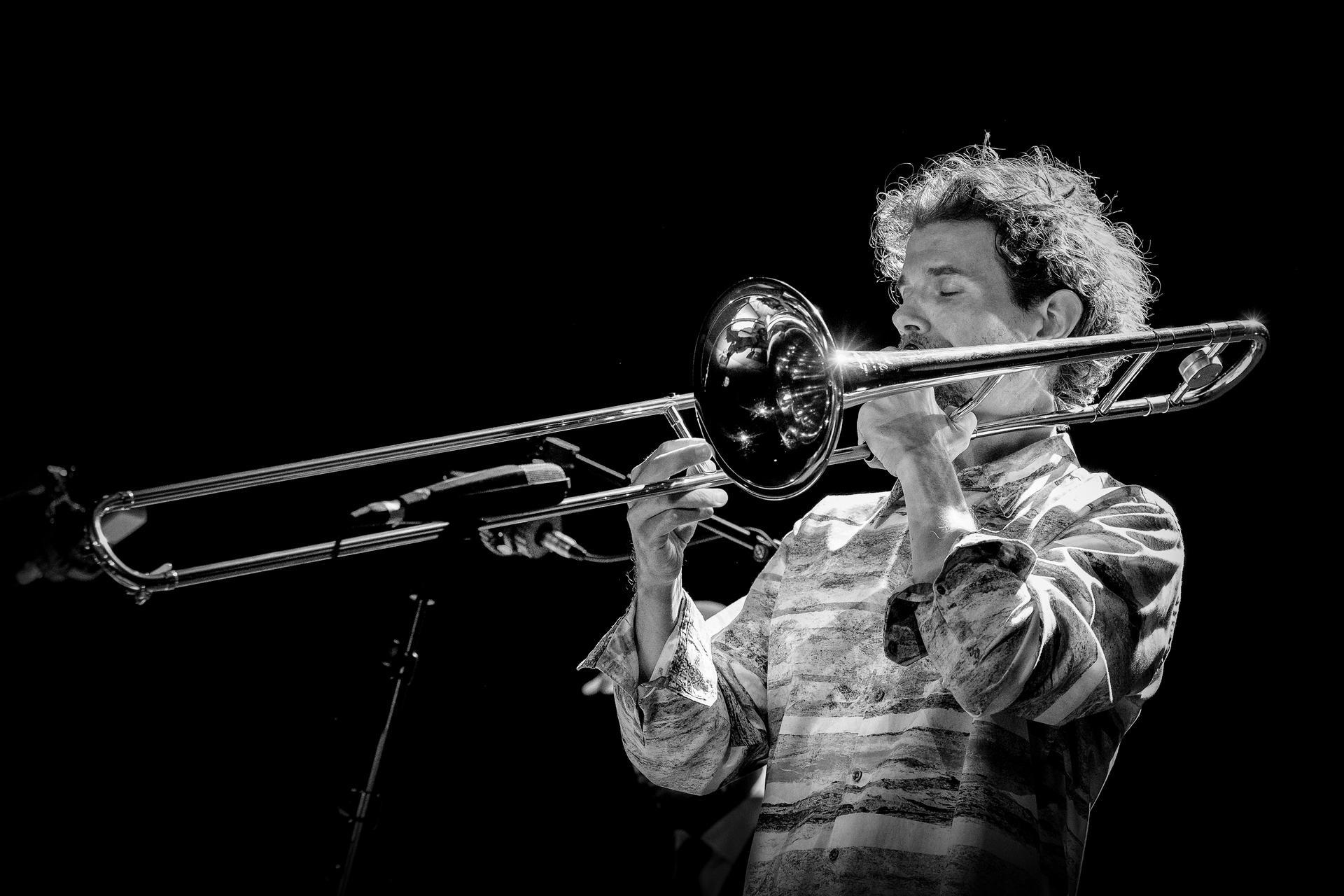 Reverso, The Melodic Line, Out Note

Ryan Keberle can be one of the most innovative jazz trombonists around in an experimental sense. Here he is with French pianist Frank Woeste fronting their band Reverso. The emphasis...

Ryan Keberle can be one of the most innovative jazz trombonists around in an experimental sense. Here he is with French pianist Frank Woeste fronting their band Reverso.

The emphasis on this occasion is less on obvious innovation, more on mood painting around a distinctive repertoire that tilts towards fresh composition.

The style achieved by Reverso on The Melodic Line is pervasively chamber-jazz, meaning a largely acoustic sound that embraces the discipline of classical chamber music and applies for extra measure the language of jazz improvisation. The outcome is certainly a very accessible amalgam. Will its appeal land in a more relatable way among classical fans than jazz ones? My guess is that it will. Purists in both areas, however, may step back from fully embracing the results.

Keberle and Woeste have played Ravel before and here instead surround themselves, not a million miles away, in the always fascinating world of Les Six, early-20th century French composers whose members included Darius Milhaud (who influenced Dave Brubeck massively), Francis Poulenc, Arthur Honneger and Germaine Tailleferre.

Full of impressionism Woeste zoned in on a Milhaud folk-inspired suite of piano pieces, 'Saudades do Brasil'. Tailleferre, however, inspired Keberle who concentrated on 'Impromptu' and 'Pastorales' for solo piano, among other pieces, to draw on for his new compositions. 'Absinthe' has a piano line that sounds a little like something Brad Mehldau elaborated upon on Highway Rider so to jazz ears you can also locate the sound beyond the chief inspirations. (Actually Mehldau was on that vastly more liberty-taking work inspired a good deal by Brahms.)

Cellist Vincent Courtois adds a lot of colour but his role is secondary to the core trombone-piano dialogue. The overall sound has a contented, dreamy feel. That said the whole effect is not particularly gripping. This is hardly party music unless your idea of a party is a nice cup of tea, a slice of cake and bed by nine. However, the album rewards close listening for its high level of musicianship and especially, in my overall favourite selection 'Montparnasse' that introduces a slightly different tilt, almost an electronica mood created via sustain and deftly lapping arpeggios, and sounds more modern momentarily.

Overall we as listeners find ourselves more in a sound montage-type environment where the music can retreat into a warmly fuzzy space but does not engage more than a sense of looking out through the window watching the world go by. 'The Melodic Line' is more landscape pastoral than abstract expressionism.

A lack of contrasting louds and softs and very little chromaticism means that this is an easy listen. The album is reliant on washes of comfortable volume but could do with more of a sense of attack. Looking at the album in the round, excellent instrumentalism is to its credit. Less of a plus point is the lack of direct engagement given the way the melodicism tickles you a little too relentlessly as if with a feather (even a 'blue' one). Stephen Graham

To be released on 14 February. Ryan Keberle photo: Fabrice Journo