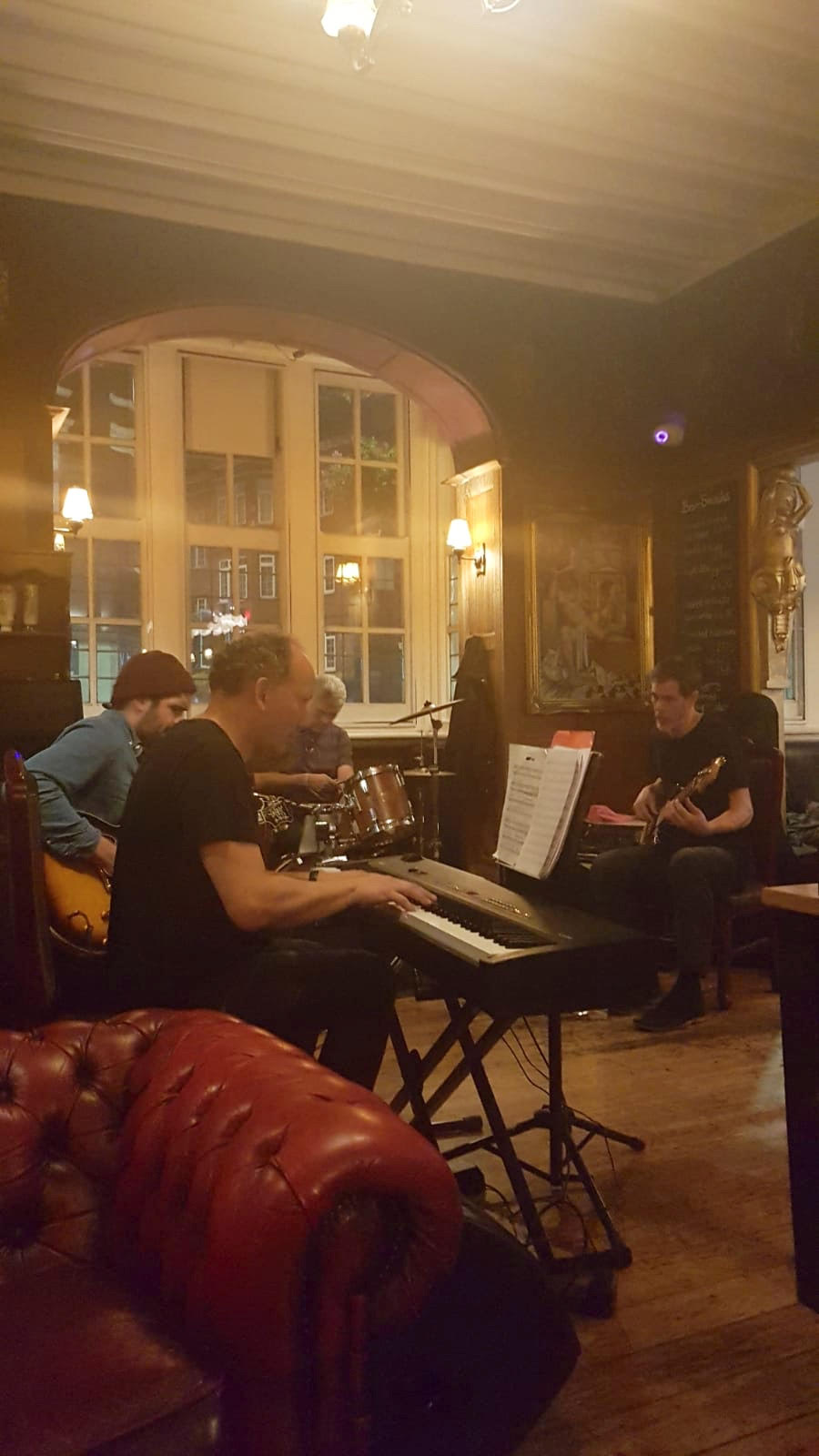 Last year one of the most congenial jazz spots that I managed to check out in a long while was a pub in Highgate, north London, called the Woodman where...

Last year one of the most congenial jazz spots that I managed to check out in a long while was a pub in Highgate, north London, called the Woodman where they host a weekly jazz night and I was blown away to hear Richard Bailey of Jeff Beck and Steve Winwood renown there, unassumingly slipping his Zildjians out of their covers as punters looked on oblivious to the fact that a drum titan was in their midst and who proceeded to show just what he is made of.

Last week I returned just briefly, too briefly alas to write or even think about a review, but enough time to make a quick mention for the benefit of any north London readers visiting the blog who might like to get down.

Sean Hargreaves, top left in the photo from that earlier occasion, on keys is still playing a blinder teasing the house trio along and taking plenty of meaty solos when the moment demands. It's just groove all night.

Lightning struck twice in the same place last week as another titan of a jazz drummer Saleem Raman was appearing.

With his back to the road, red London buses whizzing by behind him, more power to his elbow, Saleem has an incredible technique especially notable his seriously whipsmart right hand action that enables him to propel the sound along and means that he is able to change up a gear at ease while not mucking about with the essential warm soul-jazz and funk-leaning grooves ruling proceedings that he immerses himself in.

Usually you hear Raman upstairs at Ronnie's on Wednesday nights integral to the Andy Davies sound and at the heart of the best jam in town. Check the video for Saleem in action. He is in Robert Mitchell's new band TrueThink who we all will be hearing a lot more about later this year, something that is worth being aware of.

The Woodman sessions continue tonight. Free entrance. Features that rarity for a pub, table service, and the food's nice. Get down.