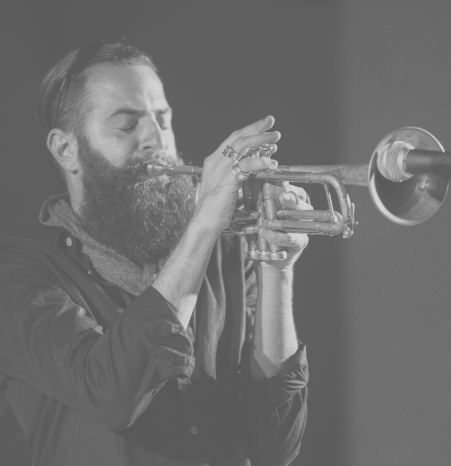 Track of the day: Honey Fountain

With a featured spot on 'Pearls' new from Kandace Springs more Avishai Cohen here in this simmeringly compelling track with 'Honey Fountain' drawn from the Israeli trumpeter's new studio album...

With a featured spot on 'Pearls' new from Kandace Springs more Avishai Cohen here in this simmeringly compelling track with 'Honey Fountain' drawn from the Israeli trumpeter's new studio album Big Vicious to be released in late-March by ECM. It could not be more different to his work with Springs.

Soaked in a loose guitar-saturated highly fractured and mournful ambience this could go into a very highly produced electronica direction but steps back to lounge in a liminal jazzland Cohen choosing to operate in borderless territory not unfamiliar from an exploratory Nils Petter Molvær approach and imbued even more in a melodic heart-on-sleeve feel that informs the dominant expressiveness.

A complex ballad in which Cohen manages to harness the simultaneous discipline of soloing and still remaining an equal part of the band through a process of integration in the production he also dubs synths and programming on the Manfred Eicher-produced track part of a sound that involves guitarist Uzi Ramirez Feinerman, bass guitarist Yonatan Albalak, drummer Aviv Cohen and drummer/synth/programmer Ziv Ravitz. Cohen composed the tune with the guitarist and the bassist.

Other album tracks are: Hidden Chamber, King Kutner, Moonlight Sonata, Fractals, Teardrop, The Things You Tell Me, This Time It’s Different, Teno Neno, The Cow & The Calf, and, Intent.

Big Vicious has been around six years, according to the label, and is now based back in Israel after a while in the US. The album was recorded in the south of France last summer.