Hard boppers and Blue Note heads rejoiced in 2019 at the Dizzy Reece Routes In Jazz Group tribute which toured that year in the UK and in New York. The Kingston, Jamaica, trumpeter Reece (born in 1931) made jazz history with the release in 1959 …

Hard boppers and Blue Note heads rejoiced in 2019 at the Dizzy Reece Routes In Jazz Group tribute which toured that year in the UK and in New York. The Kingston, Jamaica, trumpeter Reece (born in 1931) made jazz history with the release in 1959 of the classic Tony Hall produced Blues in Trinity a rarity for Blue Note given that it was recorded in London by a British producer.

And they will rejoice again next month word to the wise as The Music of Dizzy Reece certainly finds the erstwhile MOBO-nominated Lineage and Mulgrew Miller-influenced London pianist Trevor Watkis in fine form with expat fellow Londoner Ralph Moore, Josh Evans, Dezron Douglas, and the Hargrovian hero Willie Jones III on a BlueSoundScape Music recording chock full of Reece classics.

Tracks covered are the Routes in Jazz take on 'The Rebound' and 'A Variation on Monk' from Star Bright (Blue Note, released in 1960), 'Sands' from Comin' On (Blue Note, recorded in 1960 but not released until 1999) and Watkis original, 'Stargazing.' Release date for the Bluesoundscape recording is 24 June.

Django Bates, Babel: A Ballet of Signs premiere - Out of the Box festival, Werksviertel district, Munich

Ralf Dombrowski reviews the world premiere of Babel - A Ballet of Signs performed in the unusual setting of the basement of a Munich car park The schedule was sporty, Django Bates said, adding: "Monday we arrived in Munich, Tuesday we started … 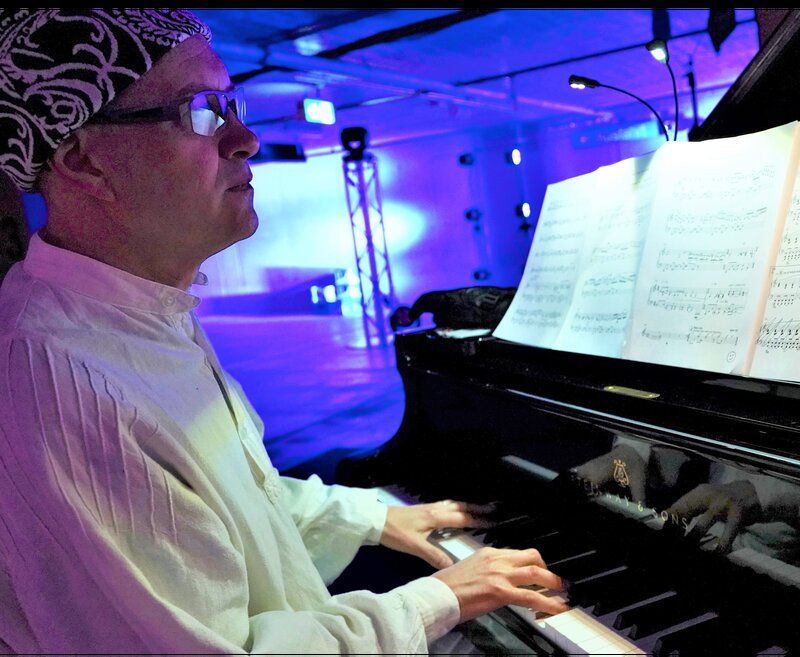 The schedule was sporty, Django Bates said, adding: "Monday we arrived in Munich, Tuesday we started rehearsals, first in groups, then together in the underground car park. Friday was the premiere. It only could work so well because everyone in the team is excellent. Especially since Babel – A Ballet of Signs is not just a pure musical production, but a combination of genres embracing different forms of making music and content. The project is a danced parable of intelligibility and brings together different levels of perception, developed as a concept especially for the Out Of The Box Festival.''

The location was the unused basement of a new parking garage in Munich's Werksviertel, a development project with modern architecture for business, start-ups, urban living and amazing cultural value-added anchors. Bates' composition was part of the opening of the third edition of the festival, and he had splendid partners at his side. The Swiss Bern Art Ensemble, the Swedish O/Modernt Chamber Orchestra and the Norwegian Trondheim Voices performed musically across the space. Three dancers from Moving Borders translated Ceren Oran's choreography into decentralised movement, Bates himself conducted the music that he had written. Texts by Pablo Neruda, Alessandro Baricco and T. S. Eliot were translated into sign language and presented as narrative brackets on screens.

It was about the dissolution of meanings, about danced symbolism with simultaneous re- auratisation of the experience through the impossibility, already inherent in the idea, of perceiving the events in a completely linear way. The music linked this diversity of demands with laconic perfection to form a polystylistic fabric. Neutonous drum pathos met noise and vocal passages of the choir, modern swinging cheerfulness met a free flow of sound elements, minimalist condensation met poetic force in the setting of the literary models. The three dancers moved all over the room, interacting with the musicians, the audience and the pantomime words. And Django Bates conducted with great concentration, smiling at the end. For what began sportingly had turned out very well.