Ridley Road: today's Dalston where the drama is set is one of London's busiest jazz neighbourhoods

Seen anti-fascist period drama Ridley Road on TV? I'd recommend the drama based on Jo Bloom's 2014 novel, especially if you are a Stephen Poliakoff fan, as the style is very much influenced by the great TV dramatist. As for the real locale and …

Seen anti-fascist period drama Ridley Road on TV? I'd recommend the drama based on Jo Bloom's 2014 novel, especially if you are a Stephen Poliakoff fan, as the style is very much influenced by the great TV dramatist. As for the real locale and bringing things up to date Dalston in London, home to the eponymous Ridley Road market, is one of the top jazz neighbourhoods, possibly the best of all in terms of young often experimentally-inclined jazz musicians surfacing for the first time and certainly the only one really to rival the historic heart of jazz in the UK, Soho, for jazz. That's because the area is home to the Vortex, Cafe Oto, Servant Jazz Quarters (unfortunately hit by flash flooding again recently) and The Dalston Jazz Bar, all within metres of the Ridley Road market. 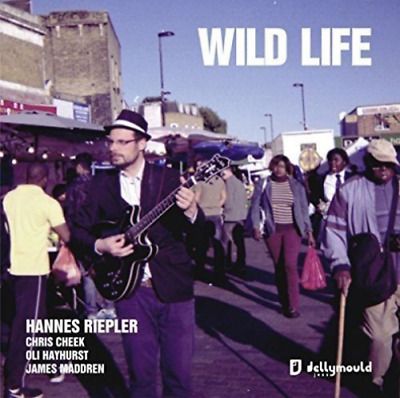 Other venues also nearby are also significant in contributing to the area's substantial appetite for jazz aided in recent years by the easier transport particularly the Overground train links that connect south-east London much better to this part of east London certainly far more than a few decades ago. As for the street itself, foodies: try the curry available halfway up on the left if approaching from the Kingsland Road. A very busy daytime market there is huge vitality and activity here and a calmer feel envelops the street as afternoon fades into evening. Jazz these days on the Ridley Road market itself does take place but there's nothing at the moment although given the area's great ability to create new endeavours that may change. There was a scene not that long ago at the Market Bar. Let's hope that venue resumes its programming.

Several gig-goers I have met recently in Dalston loved the Ridley Road Market Bar scene and advised me to check the venue out some time. They specificially drew my attention to the time when the fine free-jazz-&-AfroCuban-influenced trumpeter Loz Speyer excellent on the upcoming Open Territory used to play and I keep hearing good things about his residency there. Club scene action in the Sarah Solemani drama which is set in the 1960s, aka ''the Castaway'', was filmed not in London but in Manchester at the heart of the city's current jazz scene in the Northern Quarter's Tib Street because grass roots spot Matt and Phred's is located there. Back to Dalston check out the cover artwork of Hannes Riepler's excellent 2016 album Wild Life issued on Dom Sales' Jellymould Jazz label and which has the real Ridley Road Market depicted on it. SG

Ask yourself what you want out of a record, something that you cannot obtain from any other art form. It could be a lot of things. Something that you have never heard or felt before. Dazzling dexterity. Daring. An individual vision. The excitement of improvisation. An original mind. Solo piano improvisation is a specialist area within jazz. The piano lends itself to solo performance better than many instruments regularly used in jazz because of its huge resources as an instrument. Probably the best live solo piano experience I have ever had on record or live was listening to Keith Jarrett in 2008 at the Royal Festival Hall which became part of Paris/London Testament. Taborn is not a Jarrett in style or execution and this isn't in the same league at all. And yet his impact on you is radically different and strong. Certainly a solo piano album of improvisation is an event when a pianist as great as Taborn decides to deliver the materials for one and live in Vienna performed at the Konzerthaus in March 2020 the American navigates the hinterland between tonality and atonality. But I am frustrated by it in the end given that not every track moves me even where there are strong passages and several great moments. That is the nature of the high wire act, but do you always want to be waiting around hoping that the high wire artist can actually merely stay up? Art of the anti-ballad? Perhaps. Buying into easy moods is not what Taborn is about. He is a radical artist in this rejection of the nicety of form and in his ready embrace of the impact of an unresolved chord. 'Concordia Discors,' which means a harmony of discordance is the track I return to most and is why the album ultimately works and may even represent a turning point in his ideas given how differently he deals with harmony on it. Stephen Graham