The great jazz singer Stacey Kent has for some time been gearing up for the release of Songs From Other Places and it's looking like 17 September for the release. While the album is largely a covers album a talking point is the new songs (titles of …

The great jazz singer Stacey Kent has for some time been gearing up for the release of Songs From Other Places and it's looking like 17 September for the release. While the album is largely a covers album a talking point is the new songs (titles of which are the wistful slice of Lockdownia 'I Wish I Could Go Travelling Again', song of uneasy mysterious return 'Craigie Burn' and of playful reproach clinging on to hope 'Tango In Macao' best of all with you said we'd tango in Macao but we've done nothing of the sort the ouchiest of lines) written by longstanding collaborator literary giant the Nobel prize winning novelist Kazuo Ishiguro who writes for the singer often with Stacey's husband and saxophonist the Getzian Jim Tomlinson.

A heartbreaking, goosebumps-inducing, version of Paul Simon's 'American Tune' is streaming ahead of release and is remarkably fine (and note the way pianist Art Hirahara injects a beautifully apt touch towards the end resonating with a descending line here at the 3:47 mark that makes me think of the Beatles 'Let It Be' (0:48 mark) and a different effect to the strings-soaked There Goes Rhymin' Simon treatment of the lick. The issuing label is listed as Token, that is Jim T's imprint, as noted on the cover artwork, licensed to Exceleration on some sites for instance on Spotify although interestingly Amazon lists the release more meaningfully to record collectors and fans as Candid, now owned and hence the Exceleration connection by Exceleration Music, the label that Kent made her name with in the 1990s then run by legendary jazz producer Alan Bates when the singer started out before going on to global jazz singer stardom and tenures with EMI and Sony. Candid has been on hiatus as an active issuer of new jazz for some time but also post-sale to Exceleration has a new Eliane Elias album coming up (which is with Chucho Valdés and the late Chick Corea) to also appear next month. 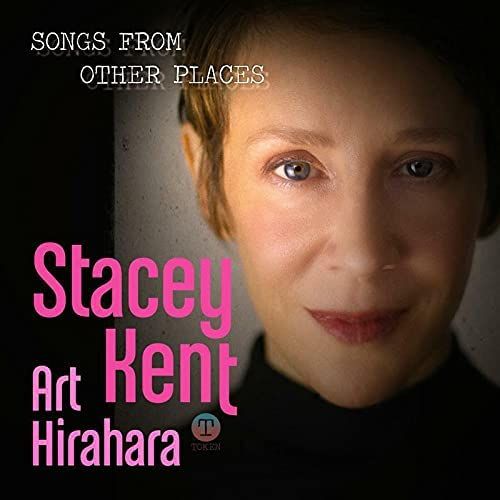 Interestingly the pianist on the new Stacey album and whose name is also emblazoned on the cover is a departure because while it's usually the Englishman Graham Harvey in recent years for instance on her last record the 2017 Okeh/Sony release I Know I Dream: The Orchestral Sessions this time is US player Art Hirahara. Art's Balance Point last year had a lovely Melissa Aldana saxophone part on the title track of his Posi-Tone album release, the track finding the pianist completely in the zone.

Stacey is playing the Old Market, Hove on 16 November

A track of the day and for the ages: More Bill Evans-like and thus deeper than ever journeying to the urge within, the world class Wasilewski trio have been around since the 1990s and are one of the most successful jazz acts from Poland in …

A track of the day and for the ages: More Bill Evans-like and thus deeper than ever journeying to the urge within, the world class Wasilewski trio have been around since the 1990s and are one of the most successful jazz acts from Poland in decades. Known as Tomasz Stańko's band in the early-2000s and so beautiful with the master on albums such as the 2002 classic Soul of Things they go way back as a unit to when they were the Simple Acoustic Trio. Wasilewski has an austere eye and sometimes that severity can overbalance too much. With Stańko you always got that frontman passion and the trio were a foil to that extravagant bravura side of the much missed trumpeter. And yet Wasilewski certainly on this track displays the overt expression that you sense is there even when he goes oblique and introverted and surfaces on some of the trio's albums as well but is often carefully hidden away within the pristine and so private to him harmonic mastery that he has always displayed, the subtle chord progressions and such elegance. Sławomir Kurkiewicz on double bass and Michał Miśkiewicz on drums often draw him out and that happens here. But what is also beautiful is an accommodation of the sense of retreat and the sheer space within the arc of the piece that Wasilewski creates like a clearing in the woods, a single splash on water. A marvel, as shards of melody from the piano suggest fertile ideas, bass and drums finish these sentences and you hear rumbles that Chick Corea might well have run with summoned from a place of the imagination that only this trio knows. Drawn from studio album en attendant recorded at La Buissonne in France two summers ago and which includes music by Bach, Carla Bley and slightly incongruously The Doors the album is out on 10 September. Michał Miśkiewicz, above left, Marcin Wasilewski, Slawomir Kurkiewicz