There are so many layers in Malik Al Nasir's Gil Scott-Heron memoir it's not easy to concentrate on one. But there's more than a neat summary could do justice to and that's what makes the book so compelling. On one level there is Al Nasir's … 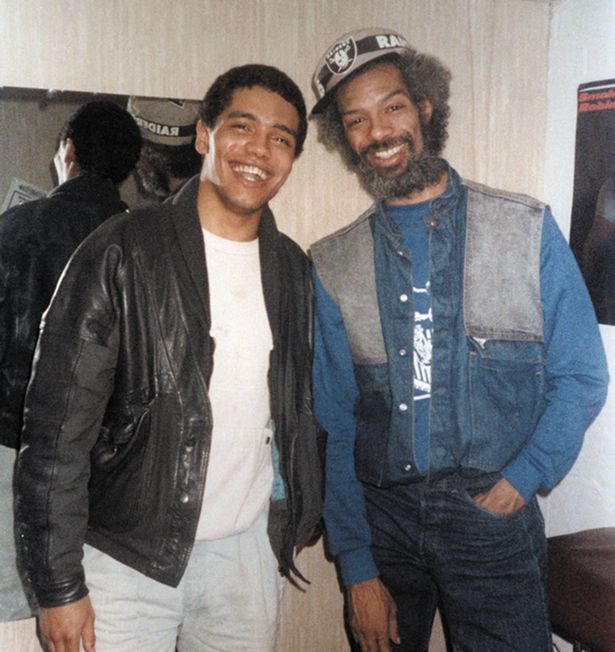 There are so many layers in Malik Al Nasir's Gil Scott-Heron memoir it's not easy to concentrate on one. But there's more than a neat summary could do justice to and that's what makes the book so compelling. On one level there is Al Nasir's breakthrough moment, Mark Watson as he was, when he first got to know the great poet-singer Scott-Heron, blagging his way in to meet the performer after a gig. That's colourful and warm, how this Liverpool lad became part of Scott-Heron's touring set-up. Then there's the deeper stuff, actually far more interesting, the broader autobiography, how Malik, as he became when he converted to Islam inspired by Jalal of the Last Poets, grew up in a number of shocking care homes and how later he successfully sued Liverpool social services for redress.

Then there's the fascinating seafaring exploits going ''deep sea'' to far-flung parts of the world as a steward and cook. And then ultimately how he turned his life around partly through converting to Islam, getting an education, the whole thing going back to meeting Scott-Heron.

The author was only 9 when he was taken into care and the book tells a story of empowerment and awakening in the highlighting of how institutional racism can debilitate and disadvantage a child. It is also a powerful story of radical change and personal enlightenment, against all odds with no safety net, both through his interest in Islam, educating himself partly inspired by the black American experience, and perhaps most of all by a burning anger at the way the system stigmatised underprivileged black Britons such as himself in the deeply demoralising years that were Thatcher's Britain.

Malik's poet's ear makes the leap into the rhythms of his candid and vivid prose an easy progression and given the magnetism that he clearly displays I only hope that he will find time to be a new leader for the UK jazz movement as jazz looks ahead to a future where a good many issues still need tackling and where jazz in its many forms can continue to connect as a healer, teacher and inspiration to help erase some of the obstacles he encountered and which younger generations coming through still have to face. Voices such as his are certainly needed.

His story is a wake-up call. In meeting Scott-Heron and discovering the transformative capability of the power of music even bearing in mind the harsh business realities he witnessed on the road Al Nasir's remarkable story proves once again the adage that music, not to forget an iron determination to overcome adversity and personal bravery, is certainly the healing force of the universe. SG

Published by Williams Collins (hardback, 306pp) on 2 September. On the eve of publication Malik and The O.G.'s perform a tribute to Gil Scott-Heron at the Jazz Cafe, London.

As host it's the voice of poet Eileen Myles cryptically beginning 'Evidence-based' the lead-off track and title track of drummer composer John Hollenbeck and the Claudia Quintet's upcoming record out on Hollenbeck's Flexatonic Records on 3 September. It may not be at all unusual any more and certainly not news that musicians make records not necessarily in the same room together but look at the different places the musicians recorded their contributions to the record: reeedist Chris Speed (incidentally a new recruit to the latest set-up of The Bad Plus) recorded his in Los Angeles; accordionist Red Wierenga so important in the early part of the tune made his in his mother-in-law's basement in a place in New Jersey and at home in Brooklyn; vibist Matt Moran laid his down in Brooklyn; bassist Drew Gress made good use of a South Blooming Grove studio; and Hollenbeck chose the Schulich School of Music at McGill in Montreal for his part.

The track titles of the new record riff on ''banned'' words, the ''Evidence'' in question can be capitalised (it's ''based'' on a fraction of Monk piece 'Evidence') or not (''evidence-based'' make the cut in a taxonomy of banned, discouraged, words in a Centers for Disease Control list that the album uses as a framework).

No one sounds quite like the Claudia Quintet not at all your usual chill-out. And the title track is a fantastic introduction to this latest work. When they play live, say like in 2013 hearing the Claudias in Belfast, they cut an unusual dash. Hollenbeck’s tunes have an intricate yet human appeal. That time the deftly looping spoken word section featured the oratory of Franklin Delano Roosevelt in a pro-welfare speech ('29th: 1936 Me Warn You’), which appeared on their Cuneiform album around at the time September, a warning from history in many ways. Is banning words another warning from yet another history and more to the point are we all ready to digest and even begin to engage with that other chill, the more insidious kind, of the censor?