Track of the day: 'Earthworker' - George 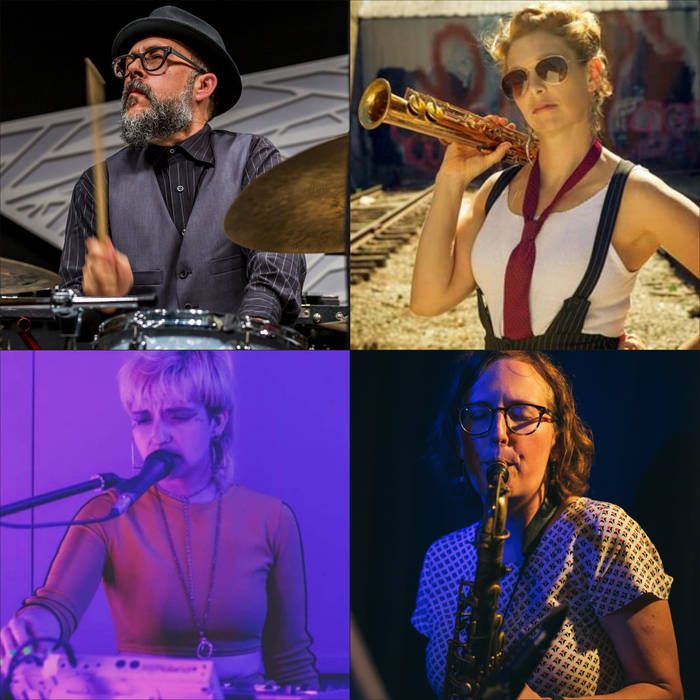 Drawn from Letters to George (Out of Your Head Records) out in January there is what may be a squelchy synth bass line that grabs you initially and an electro veneer that then shifts your head space into a 1980s/90s time for a few bars as much as anything to soften you up and let your ears prepare perhaps. Airy quasi solfège-like vocals shift matters later firmly into a far more stimulating odd meter art jazz space where drummer John Hollenbeck's emphatic sense goes ever further behind the assumed beat. Persuasive flute lines from Anna Webber intermingle with sax.

Hollenbeck well known for his years and years of work with Meredith Monk and for his acclaimed free wheeling band of avant adventurers The Claudia Quintet pares things back in terms of an arrangement on 'Earthworker'. Keyboardist Chiquita Magic and singer Aurora Nealand complete the George line-up. The other track streaming 'Can You Imagine This' is more punk-ish free form and just as vital.

Looking ahead. Surely a shoo-in to make the playlist and gain Corey Mwamba's interest on BBC Radio 3 show Freeness. Let's see. Of most interest to readers into musique concrète and the avant side of electronica erstwhile Human trumpeter Alex Bonney …

Looking ahead. Surely a shoo-in to make the playlist and gain Corey Mwamba's interest on BBC Radio 3 show Freeness. Let's see. Of most interest to readers into musique concrète and the avant side of electronica erstwhile Human trumpeter Alex Bonney and bassist Pierre Alexandre Tremblay with our friends electric the invisible choir as it were plus drummer Emil Karlsen participate.

Texturally this Schrödinger's cat of an undertaking is impressive. But consider, beyond this store cupboard of fragments is there a whole lot more than a thought experiment? Certainly while resolutely avant-garde The Undanced Dance nevertheless is not very far away from the sort of soundtrack you hear in key transitional moments of pause between gore and aftermath on just after the watershed television crime dramas.

Another impression is that The Undanced Dance recorded at Huddersfield University is pretty free - there is no strict beat. The drum style is at times multi-directional, meaning a Rashied Ali-like style. The pulsar imperative all concerned seek is a form of sonic metal detecting, mining for moments that actually in the end garners something to covet. 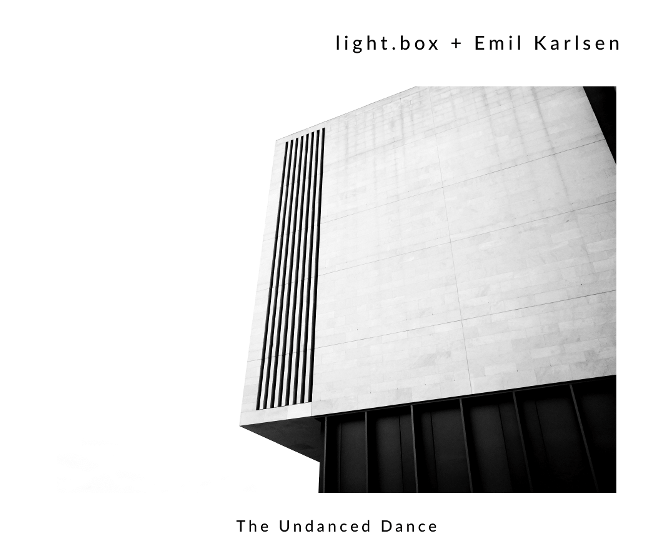 Anything detectorist Bonney is on rewards close listening. And it's the fifth track here where his Wadada Leo Smith-meets-Don Cherry approach makes its presence felt most amid the bric-a-brac of electronics strewn around him. As a digital artefact The Undanced Dance chimes far more idiomatically than a sound that may more easily inhabit a physical format given how perfect modern music technology and a disciplined free-improv yearning are for the genre.

Drummer Emil Karlsen continues to reward following and is also on The Way We Speak with flautist Neil Metcalfe and the distinguished Evan Parker ElectroAcoustic Ensemble violinist Philipp Wachsmann also on the Bead Records label.