Earlier in the year the New England-based alto saxophonist Greg Abate, also playing flute here on this occasion, released a very elegant Kenny Barron-themed album Magic Dance (Whaling City Sound) with Barron, Dezron Douglas and Blue Note artist Johnathan Blake recording at the greatest studio probably in jazz Rudy Van Gelder's. Over here for an extensive tour with pick-up bands along the way he joked he was like a pin cushion after all the jabs he had to go through to make the trip in these Covid times. This relaxed lunchtime Soho gig was promoted by Richard Pite, the former Boisdale, Belgravia, house drummer, who Abate had just met for the first time he said. 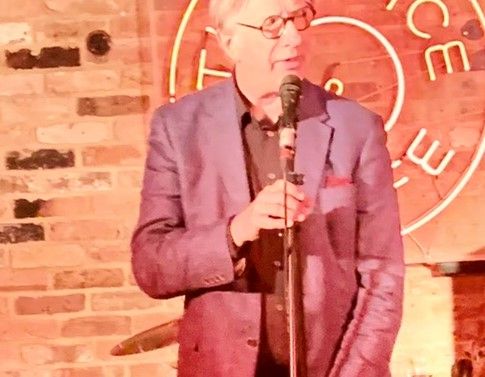 Dapper pianist Jack Honeyborne, like Pite (above) sporting a handkerchief in his breast pocket, talked later in the break of working with the great Goons star and singer Harry Secombe and how he himself was inspired by Bill Evans. Sometimes listening you'd hear glimpses of Stan Tracey and even Bud Powell. Pite as the gig continued quite often played the drums with his hands which actually was better in certain places than when he used sticks. His work on the hi-hat and ability to respond to Abate's instructions made the time feel work especially as the performance wore on. Jack, in the 1950s was a big band player with Kenny Graham’s Afro Cubists and Nat Gonella as well as later a musical director for Vera Lynn for many years, came into his own the more the band went into deep bebop territory and became almost Bud Powell-like in his approach. 'Yardbird Suite' and 'Parker's Mood' came across wonderfully.

'I'll Remember April' from Abate's 2016 album Kindred Spirits (an album that also has 'Yardbird Suite' on it) featuring Phil Woods was another significant high point of the gig which ran over two sets interspersed by a short break. Abate also mentioned the late Richie Cole during his brief chats to the audience and later speaking to him he said how much he missed Cole who was a great friend and who died last year. A mellow gig. What a fine instrumentalist Abate is. Catch him on tour. SG

Tomos Williams with Orphy Robinson, Soweto Kinch, Eädyth, Aidan Thorne and Mark O'Connor are to perform Williams' 'Cwmwl Tystion' ('Witness') in Cardiff, Aberystwyth and Taliesin in a tour beginning later this month. The work was inspired by a … 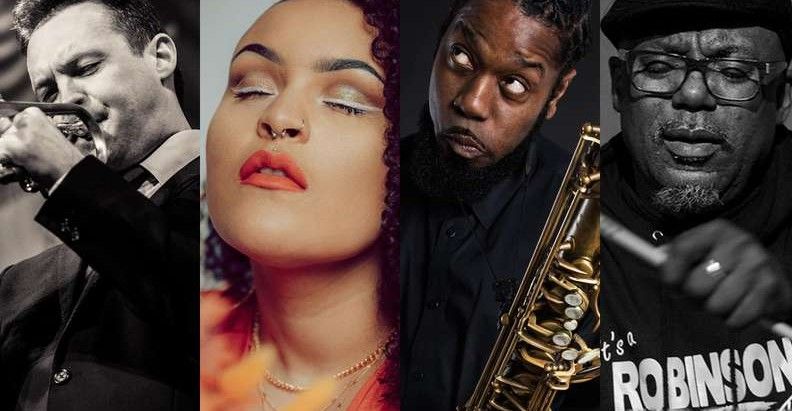 Tomos Williams with Orphy Robinson, Soweto Kinch, Eädyth, Aidan Thorne and Mark O'Connor are to perform Williams' 'Cwmwl Tystion' ('Witness') in Cardiff, Aberystwyth and Taliesin in a tour beginning later this month. The work was inspired by a Waldo Williams poem and riots in Welsh history. The tour takes in trumpeter Williams' home town of Aberystwyth on 24 November, Cardiff on 25 November and Taliesin on 2 December. Tomos Williams, above left, Eädyth, Soweto Kinch, Orphy Robinson