Gestalt named after a piece of Becca Wilkins’ whose glassy experimentally-inclined voice was pleasurable as both an instrumentalist manqué should that be a thing and vocalist presence here in a quintet lit up inside by brilliant pianist Olly Chalk’s coruscating runs (particularly on his Juno effects synth passages). ''Non-German-speaker'' Wilkins, why that matters I simply haven't a clue, she confessed, but the singer, clearly a new player to be reckoned with given her sparkling ideas and confident delivery glossed the band’s name as gleaned from ''psychology'' and a ''coming together''. Interesting. I usually think of the term loosely as meaning ''more than the sum of its parts'' which was pertinent tonight as well as for the band's group-think given this fine five-piece can swerve from bravura maximalist soloing (ie Chalk) to the interior visions of Wilkins' lyrics. They made me reach for Sylvia Plath and in all contrast Rainer Maria Rilke.

The way the band finds a lot of space but still spills out with a whole lot to say is striking and actually quite inspiring. ‘Echo Chamber’ had the best lyrics as honest maybe as a page from Wilkins' diary and the singer ventures beyond confessional into the mystic more like lucid dreaming. Drummer Jack Robson played like a pianist surely the ultimate but truth be told I had come to hear bass guitarist Daisy George for the first time live knowing her reputation on a few tracks. She did not disappoint and reminded me of the great Yolanda Charles from the Deep Mo. What a talent.

The ''obligatory cover'' using a Wilkinsism was a very cool choice in PJ Harvey’s ‘Catherine’. ‘Morpheus’ lost its way a bit, however. Best was kept to last and ‘Dissociation’ worked a treat. Wilkins is like Maggie Nicols especially when Wilkins went out or Lauren Kinsella. As for Gestalt, they are the best new band that I've witnessed in simply ages. SG 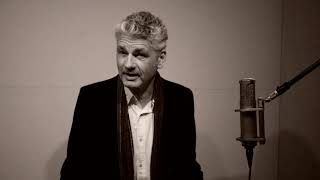 With strings arranged by Geoff Gascoyne (the great Guy Barker bassist who was key in the early career of Jamie Cullum and vital on Jamie's still unmatched 2003 classic Twenty Something) guitarist Chris Standring's Abbey Road Studio 2 recorded Wonderful World will be released in the UK on Lateralize next month.

Standring, known primarly as a smooth jazzer although this project is not smooth jazz at all, says: “When Covid hit, I had no gigs in the diary, so with time on my hands, I started to seriously study the art of writing for strings.''

Early listens suggest the September release (the album is also available in the States on Standring's Ultimate Vibe label) is very tasteful especially, dear jazzer, if you happen to be properly attuned to standards and balladry. The feel of Bruno Martino's 'Estate' led off by wonderfully gauged solo guitar and then a double bass line to die for is impressively caught.

Standring's soloing on 'Green Dolphin Street' and Shorr's fine vocal on the title track are also first ports of call as too is priority made for Randy Brecker's very touching solo part on Standring's 'Sunrise'. Tracks are: 'How Insensitive,' 'Night and Day,' 'Autumn In New York,' 'Estate,' 'What A Wonderful World', 'Green Dolphin Street,' 'Alfie,' 'Falling In Love With Love,' 'Sunrise,' 'Maxine' and 'My Foolish Heart.' Chris Standring, top