''Crying over endings is absurd'' is a premise within the logic of the beautiful 'Perhaps You'll Wonder Why'. But waiting for Gardot and meaning might it be ''dance first. Think later'' the Godot maxim? Perhaps not if you are being literal or … 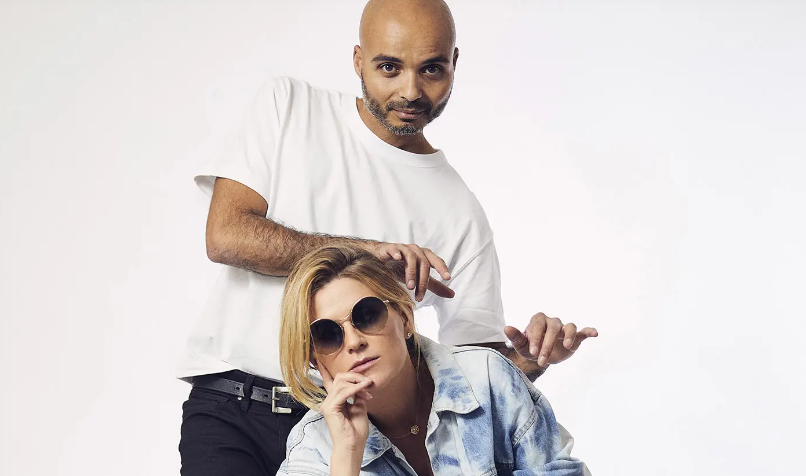 ''Crying over endings is absurd'' is a premise within the logic of the beautiful 'Perhaps You'll Wonder Why'. But waiting for Gardot and meaning might it be ''dance first. Think later'' the Godot maxim? Perhaps not if you are being literal or troubled by such a transplanted context. Because mostly this is firmly a slow dance of a record. However, making a metaphorical leap riffing further the ''natural order'' that may be interpreted to follow that imperative given a Beckettian playfulness is in this album instance tristesse, chanson, a sense of saudade, and the ineffable sense of vanquishment that permeates this delicious new number-one album on the Official UK jazz and blues chart.

Entre eux deux ('Between the two of them') is an English, French and Portuguese collaboration between the, to some, Julie London of our day (at a stretch!) US singer-songwriter Melody Gardot and pianist-singer Philippe Powell who is the son of legendary Brazilian jazz guitarist Baden Powell.

As at Melody's lit-up-inside Soho, Dean Street, show in 2015 when a piano from the band truck was lowered down the Pizza Express Jazz Club's steep staircase already specially tuned to 432hz rather than the usual higher concert pitch level, that, if-you-like, bluesed connotation of the sonics is matched by Gardot's lamp turned down low cadences. Here the singer dispenses with her own piano-playing to usher in room for Powell.

And what a touch he has, Bill Evans-like on 'Plus Fort Que Nous' ('Stronger than Us') the duo's gentle treatment of the Baden Powell-Vinícius de Moraes song 'Samba em Preludio' introduced by Geraldo Vandré and Ana Lúcia in 1963 sequeing to 'Un Jour Sans Toi' is a thrill. Effective too is the spoken word poem 'Ode to Every Man' set to piano accompaniment that has a Gothic almost Daphne Du Maurier-type resonance that stops you in your tracks. Escape into their bruised, elegant, sound because there are no happy endings it's true. The duo know and say it eloquently so. There's nothing absurd at all in that. SG

Appearing with his quartet for bucolic Emerald Isle dates in counties Down and Antrim in June, Ivor-nominated last year for a composition drawn from big band album Glimpses of Truth pianist Ivo Neame leads his quartet for some rare dates over the …

Appearing with his quartet for bucolic Emerald Isle dates in counties Down and Antrim in June, Ivor-nominated last year for a composition drawn from big band album Glimpses of Truth pianist Ivo Neame leads his quartet for some rare dates over the Irish Sea. Ivo burst on to the London scene around the same time as the subsequent Impossible Gentleman and Methenyian Gwilym Simcock, a contemporary of his at the Royal Academy of Music and then toured widely internationally with the highly successful and acclaimed Avishai Cohen-inspired double bass-led trio Phronesis now on hiatus. In 2010 he even jammed very early in his career with Wynton Marsalis at cutting edge London club the Vortex on what proved an unforgettable night burnt on to the memory of all present, Wynton's band the veritable Harlem Globetrotters in a way striking up 'Sweet Georgia Brown' before pianists took turns to sit in.

Savour the moving 'Emerald Horsehoe' (track of the year on marlbank in 2018) from Phronesis: Ivo Neame on piano, Jasper Høiby double bass and Anton Eger, drums

Glimpses of Truth in 2021 was Ivo's first big band album and was recorded entirely remotely during the Pandemic. This blog last reported on Neame live in September when the highly virtuosic man of Kent was performing with twentysomething saxophonist and flautist Emma Rawicz​ probably last year's biggest new-star revelation tied only in our memories with the equally prodigious David Mrakpor earwitnessed live anywhere on the UK scene. Also on that Rawicz gig was drummer James Maddren who is one of two drummers on Glimpses of Truth. Tenorist George Crowley from Norfolk, formerly a wise head running the Kentish Town, Oxford Tavern, scene in north London, often plays with Ivo as does Empirical bassist Tom Farmer. Speaking of playing in small venues Ivo values intimacy and says it's ''quite a special thing, the social element in these places. The audience isn't separate.''

The tiny Magy's Farm shed venue deep in the heart of Down a short drive from Belfast certainly is in keeping with human-sized spaces. There, think the film Field of Dreams with its Strayhornian overtones and build-it-and-they-will-come sense of wonder. SG

Dates are Magy's Farm, Dechomet near Dromara, Co. Down on 9 June and Under the Trees, Glenarm Castle, Co. Antrim on 11 June. Ivo Neame, top. Photo: press