New in the One Love spot and track of the day - spectacularly captured in the sense of tactile audio in the treating of the solo trumpet line here from Nate Wooley is how 'Returning To Drown Myself, Finally,' begins taking all the time in the …

New in the One Love spot and track of the day - spectacularly captured in the sense of tactile audio in the treating of the solo trumpet line here from Nate Wooley is how 'Returning To Drown Myself, Finally,' begins taking all the time in the world. But despite the uncompromising title the outcome is not harrowingly severe or at all grimly banal.

What comes next after the veritable exegesis as an audio listener approaching blind without details to this art-jazz avant composition is impossible to guess. But then the guitar detunery adds to the preceding solitude. And of course the penny drops and you begin to guess who this could be given, and as it turns out, Mary Halvorson's guitarisms are in play. Easy to guess because if you know her sound she is unique. And already Halvorson is one of the icons of the music because she is so original and stimulating on so many records already. The next generations' very own Bill Frisell? I think so in a parallel universe. But factor in other elements of her art and they appear here. For instance her microtonal grasp. And in that the music of David Fiuczynski is important somewhere in her sound feeding in because of how Mary couches her runs in detunery, bebop of course and in Fuze's case the microtonality because of his original uses of microtonal scales that is pertinent.

Among the personnel Ryan Sawyer's drumming is very open. He wants to delay the strong beat in the beyond-barline rhythmical style as much as he can and proceeds to do just that. The track inspired by a Swedish traditional midsummmer lament brings back Wooley with Halvorson and Sawyer prominent later in the piece.

Drawn from Ancient Songs of Burlap Heroes personnel on which also includes the remarkable pedal steel innovator Susan Alcorn issued on Kris Davis' superb Pyroclastic label Wooley writes that ''a burlap hero is one who marches - consciously or not - back to the sea in hopes of making no splash, who understands and embraces the imperfection of being, and in that way, stretches the definition of sainthood to fit.''

Beat a monastic retreat to your nearest record supplier instead post-haste. Amounts to an example of some of Wooley's most convincing work in all its overlapping assembling yet. And he has already set the bar high in a stellar career of innovation to date.

Selections this week: Stan still can and a Stern look - vintage jazz-rocking is ahead

Memorably back in the autumn marlbank caught the famed former Jazz Messengers player Jean Toussaint live. Toussaint was in Art Blakey's classic band when Terence Blanchard was also a member in the 1980s and long-since a leading educator and professor at the Guildhall School of Music and Drama and is a formidable mentor both as a teacher and a player. 'Meteor', Toussaint's piece based on the 'Solar' Miles Davis piece chord changes that the Messengers played in their repertoire, was a high point on that occasion at the Vortex on what was a terrific showing. For Manchester Jean has pianist Emile Hinton, the County Donegal bassist Connor Murray and drummer Ben Brown in his quartet. 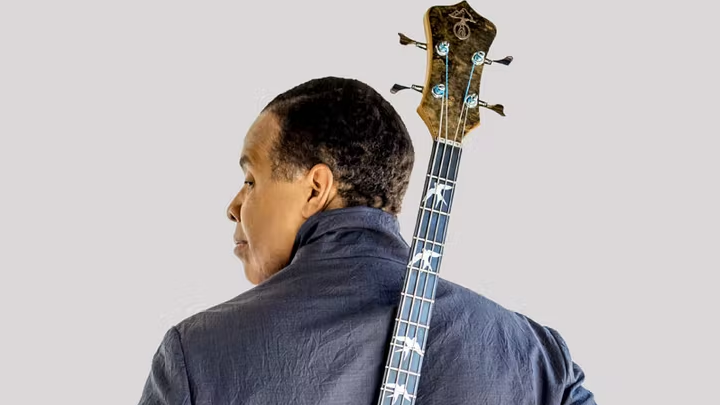 GIG OF THE WEEK: Hugely influential from Return to Forever and George Duke days onwards and regularly in demand as a movie composer - a rare London show these days from jazz-rock fusion icon Stanley Clarke is a big Camden highlight this week