Hosted by Jazz FM presenter Nigel Williams this Hampstead Jazz Club and Lateralize Records presentation entitled ‘’An Evening of New Jazz Fireworks’’ had numerous elements to it. Begun by a gentle solo, at times, meditative and nuanced piano … 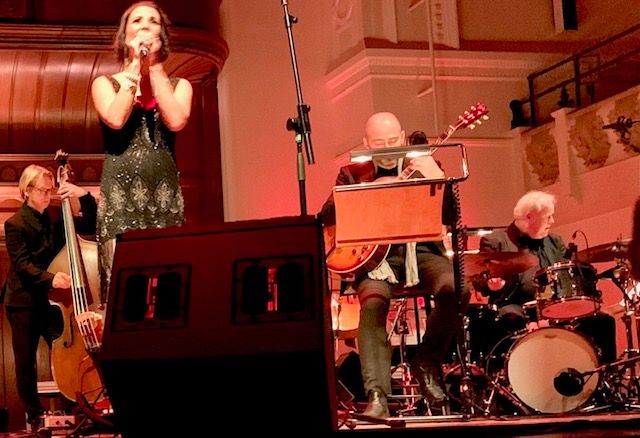 Hosted by Jazz FM presenter Nigel Williams this Hampstead Jazz Club and Lateralize Records presentation entitled ‘’An Evening of New Jazz Fireworks’’ had numerous elements to it. Begun by a gentle solo, at times, meditative and nuanced piano performance by Paul Edis drawing from his new record The Still Point Of The Turning World the set included several pieces from the album with ‘Plaisir d’amour’ the most personal, Edis telling us how he has played the 18th century Jean-Paul-Égide Martini piece in various forms over the years including his time as a church organist. It was a gentle start to the evening and Edis returned later in more animated fashion combining with strings and harp. 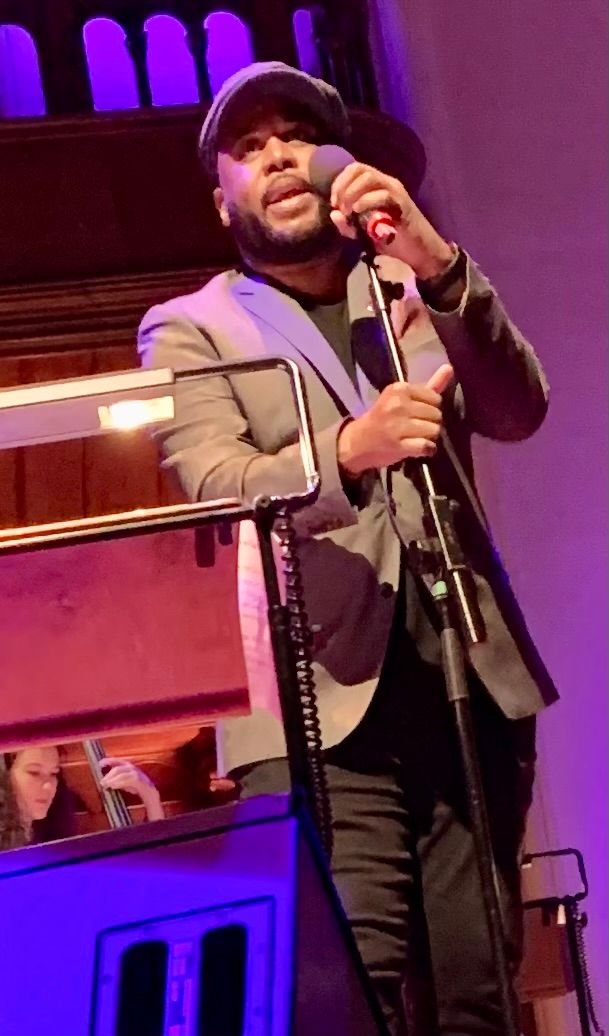 Vocals otherwise were a big factor in the first half with the soulful Tony Momrelle effective on ‘Give Me the Night’ and ‘The Very Thought of You’ with Alex Webb at the piano and the arranger of new album British Standard Time songs from which were among the mix. Lovers rock legend Carroll Thompson gave a very persuasive account of ‘Lullaby of Birdland’ and ‘Mad About the Boy’ with trumpeter Andy Davies’ solo and rapport with Thompson strong. 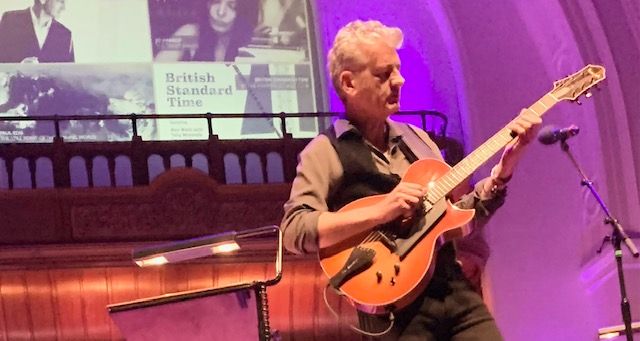 Jo Harrop turned in the best vocal performance of all delivering particularly well on ‘The Heart Wants’ from her new album excellently accompanied by double bassist Geoff Gascoyne, with his erstwhile Jamie Cullum Twentysomething bandmate drummer Seb De Krom engaged and alert in the rhythm section. Gascoyne wrote the arrangements for expat Englishman in LA guitarist Chris Standring's new album Wonderful World also launched at this bumper Cadogan Hall show and Standring's elegant, lean, lines and extensive elaboration on a range of standards including ‘Night and Day’ and ‘Estate' plus his own ‘Sunrise’ from his Blue Bolero album and a expert take on Donald Fagen’s ‘Maxine’ dominated the second half. 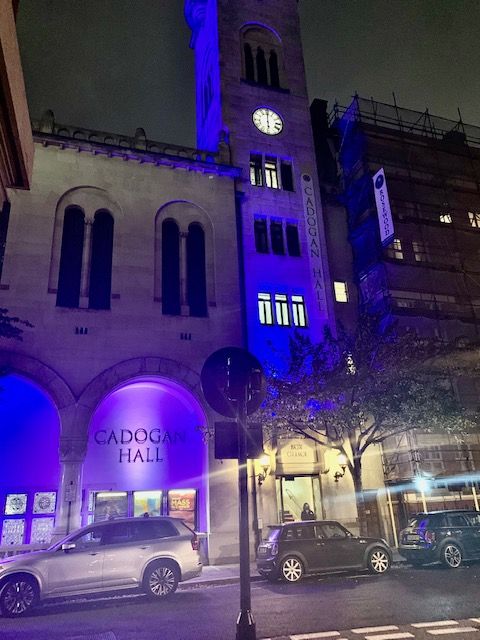 Chatting to the audience Standring told us about a medical emergency that he underwent when he thought that he was suffering from heartburn at home in LA. But it turned out to be far more serious and a blocked artery no less. Despite such a scare he is clearly well recovered and turned in a very accomplished performance and told us he returns for dates in London next March at Pizza Express in Holborn. Gascoyne’s arrangements avoided being too lush and yet conveyed the classic atmosphere that Standring wanted for his new standards record. The 1940s feel was complemented by Jo Harrop's costume change into a white vintage styled dress later when the singer returned to guest with Standring on ‘What a Wonderful World.’ Stephen Graham

Jazz that is easy to digest and has a feelgood veneer to it need not be a cop out. Case in point Puerta. Underneath the interplay across this trio has a lot of detail and the subtle shifting of texture and pace is cleverly delivered. The main …

Jazz that is easy to digest and has a feelgood veneer to it need not be a cop out. Case in point Puerta. Underneath the interplay across this trio has a lot of detail and the subtle shifting of texture and pace is cleverly delivered. The main dynamic (you could argue the record could easily be a vibes and drum duo affair) is the sparring between vibes and drums and it's interesting that both Jorge Rossy and Jeff Ballard have a connection with that most magical of contemporary pianists Brad Mehldau.

Do the vibes and marimba replace the desire for piano? Ah, no. Because they operate in a different manner entirely and so you get more a chunky chime and scatter of colour than you do with the piano. Perhaps a better comparison is when you are listening to a Fender Rhodes prominent in a small group sound there is a completely different mood and while the Rhodes lends itself to funky elaboration and overt groove the vibes in Rossy's thinking are more painterly.

There is little darkness of mood on the record nor is there frothy throw-away indulgence. In the wrong concept (especially when the only real purpose is to swing relentlessly) listening to vibes can be a bit tiring and one-dimensional. Not here and Rossy steers the trio admirably through a variety of hoops sticking closely to the melodic on some fine originals of his (Chris Cheek's 'Cargols' is the only piece not by the Catalan).

Metrical changes are not a huge jolting factor and there is no stunt improvising so if that is what you are after look away entirely. But Ballard's brittle, rugged, sound shows true grit and the great drummer is certainly the yin to Rossy's yang. Robert Landfermann's very measured double bass-playing creeps up on you and he seems to find the right way to moderate the twin narrative of vibes and drums as if he is a conductor. He often provides the last crucial note or adds meaning to a passage. His solo on 'Taínos' is textbook.

Not the most challenging record that ECM have put out this year (you won't need a PhD to be allowed permission to don your earphones in this case as is sometimes the entry requirement when a record becomes too cerebral) but one that certainly radiates communicative warmth and a willingness to explore improvising routes that evolve the groove rather than smash it into tiny fragments. Rossy makes lots of albums but few make as much complete sense as Puerta. SG