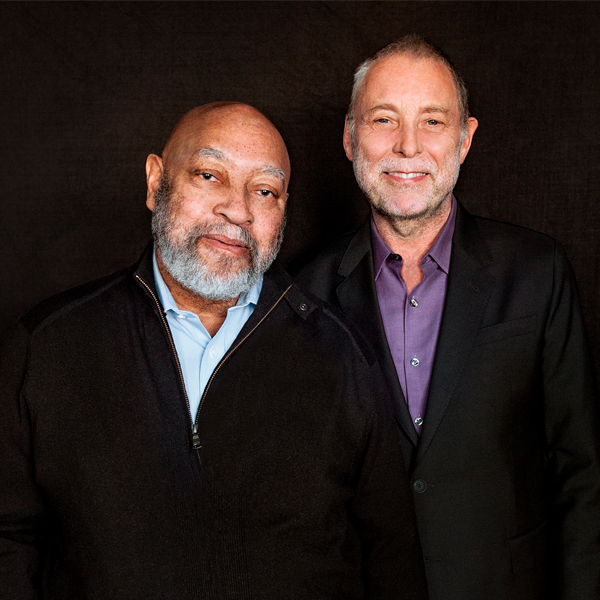 A sunny affair overwhelmingly, Dave Holland reunited with Kenny Barron by release four-and-a-half years on from their dazzling collaboration The Art of Conversation, bossa nova 'Porto Alegre' sets the beatific...

A sunny affair overwhelmingly, Dave Holland reunited with Kenny Barron by release four-and-a-half years on from their dazzling collaboration The Art of Conversation, bossa nova 'Porto Alegre' sets the beatific scene, insistent accents from Barron during his solo, Johnathan Blake responding on snare in his solo to become a scurrying presence that busies the three along, Holland presiding in a bird's eye nest as the purring engine of his bass settles and he puts it through all its paces.

'Second Thoughts' begun nudging up the piano scale as if climbing a ladder, a bittersweet head from Barron slows things down and somehow he finds a lot of space. This track seems to journey back in jazz history and seems a sidelong glance at the sort of bebop you only now hear in clubs and rarely so satisfyingly on records. The soundtrack to that lost time is a track such as 'Second Thoughts' that just hangs there and you blot out the outside. Nothing exists beyond. When Barron comes back after Blake has taken up the thread the notes are more populated and there is a busier scene but yet still that essential space even if a bit more crowded has clarity.

Perhaps that is what this album is about, seizing time and using it just the way the three want. The Barron title track 'Without Deception' begun by Blake with just two dartingly quick tat-tats of his stick elaborates a little more and the more you listen the more engrossing the whole album begins. American piano trios (yes Holland is American at heart too given that the Englishman has lived in the US for most of his life) are very different to European ones. They always seem a little more comfortable with the classic past and do not see it as an unreachable mountain to climb or venerate in the same way as they fashion a tribute to the different seeming more distant giants of their imaginations. Holland takes his first significant solo of the album on the title track and again like the way the album begins he is in a sunny mood here operating in a Ron Carter-like space. He seems to be having serious fun.

'Until Then' [a Barron composition that was recorded in a flute-flavoured version on the 2002 Canta Brasil album] has a beautiful Barron opening, and the way he rolls the mood along from tenderness invisibly to a more optimistic post-reflective mood is very subtle. Barron composition 'Speed Trap' begun by brisk walking bass is taken at quite a lick and again seems to journey back in time to a place that Bud Powell might even recognise.

Sumi Tonooka composition 'Secret Places' is gentle and reflective, Barron turns a sweeping phrase into poetry in one non-literal sense, and throughout there is elegance. 'Pass It On' (the title track of a Dave Holland 2008 sextet album goes for the groove and finds it. (The composition goes even further back to the extremely rare Holland solo bass album Ones All released by VeraBra in 1995.)

'Warm Valley' featured on classic Duke Ellington-Max Roach-Charles Mingus 1963 album Money Jungle stops you dead in your tracks, Barron's touch here is perfect. On the Art of Conversation Ellingtonia had its place with 'Day Dream' and it seems appropriate that that thread resurfaces. Actually it is my favourite track of all on this very fine album.

'I Remember When' matches insistence with that elegiacism that Barron knows how to do so well. Barron fans above all will love this record and yet you want to step back and see everything in the round but because he seems to have the right 'word' for every mood that becomes impossible.

The take on Monk's 'Worry Later' aka the fairly cult rarity at this distance anyway 'San Francisco Holiday' at the end is more zany, a silly theme that has a coiled anarchic energy to it and one that Blake lifts up to have a good play with. Throughout he does not show a huge amount of power, this trio is not about that because he has no need to. Instead it is all about accents, subtle shifts up and down and even more the way that he and Holland listen to one another. Sometimes it is as if Holland is playing the drums, Blake the bass, there is that intertransactional aspect to beat and groove. In the end everything just merges in a unity, Barron's propulsiveness and invention are simply a gift to the drummer. The first thing to do when it's all over? Go back to the beginning and play Without Deception all over again. SG. Released on 8 March. The Kenny Barron and Dave Holland Trio featuring Johnathan Blake will play Ronnie Scott's on 9-11 March. Photo of Kenny Barron, top left, and Dave Holland: Sylvain Gripoix.