Track of the day: Leaving East of Java by the Andrew Cyrille Quartet ****

The beautifully gathered 'Leaving East of Java' from the Andrew Cyrille Quartet's The News to be released by ECM in a fortnight is track of the day. The great free-jazz drummer Cyrille here with: from Lebroba guitar icon Bill Frisell; the ex-Tomasz …

The beautifully gathered 'Leaving East of Java' from the Andrew Cyrille Quartet's The News to be released by ECM in a fortnight is track of the day. The great free-jazz drummer Cyrille here with: from Lebroba guitar icon Bill Frisell; the ex-Tomasz Stańko and Steve Coleman avant pianist David Virelles; and the bassist, who Danilo Pérez calls ''the godfather,'' Ben Street. 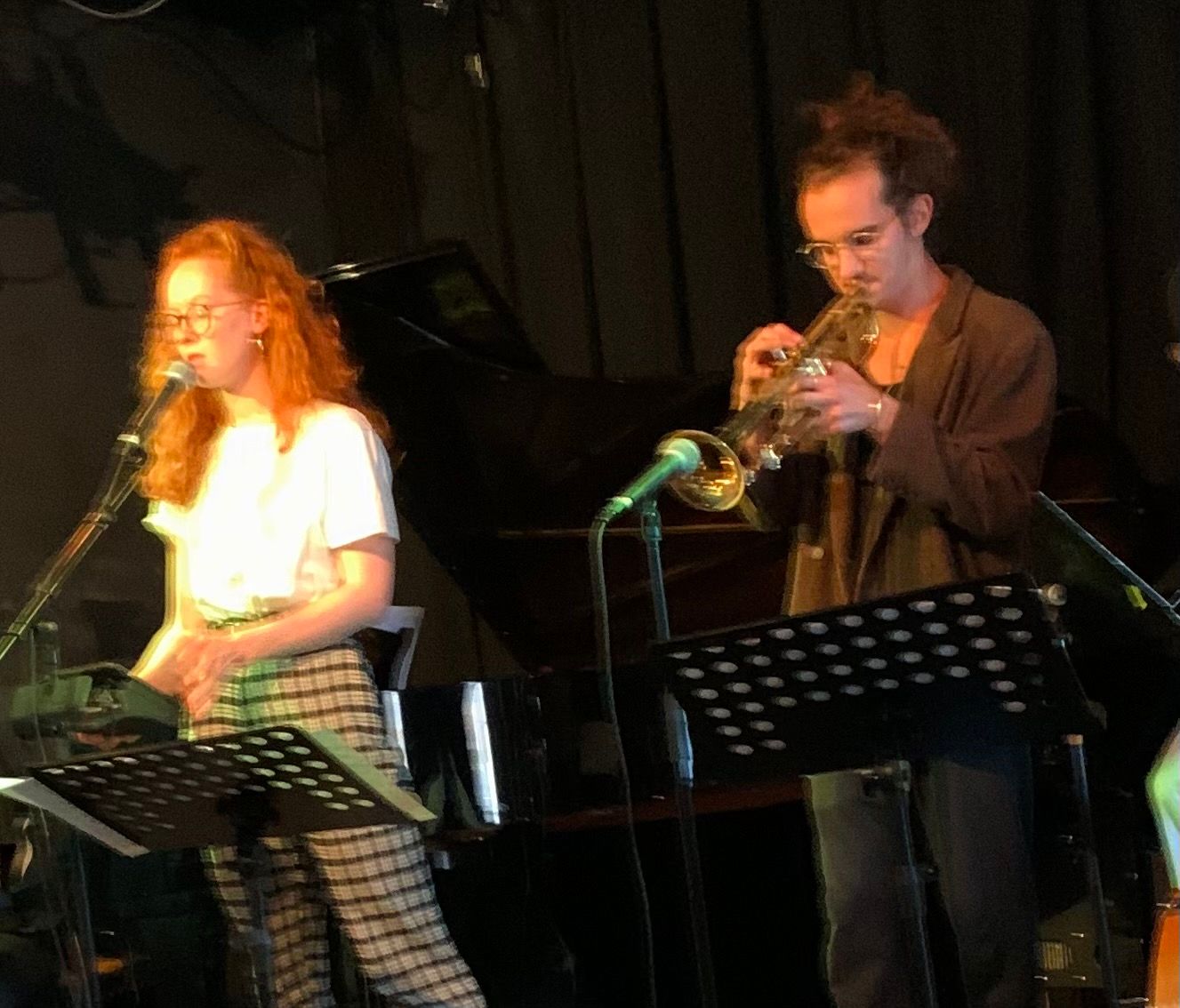 Gestalt named after a piece of Becca Wilkins’ whose glassy experimentally-inclined voice was pleasurable as both an instrumentalist manqué should that be a thing and vocalist presence here in a quintet lit up inside by brilliant pianist Olly Chalk’s coruscating runs (particularly on his Juno effects synth passages). ''Non-German-speaker'' Wilkins, why that matters I simply haven't a clue, she confessed, but the singer, clearly a new player to be reckoned with given her sparkling ideas and confident delivery glossed the band’s name as gleaned from ''psychology'' and a ''coming together''. Interesting. I usually think of the term loosely as meaning ''more than the sum of its parts'' which was pertinent tonight as well as for the band's group-think given this fine five-piece can swerve from bravura maximalist soloing (ie Chalk) to the interior visions of Wilkins' lyrics. They made me reach for Sylvia Plath and in all contrast Rainer Maria Rilke. 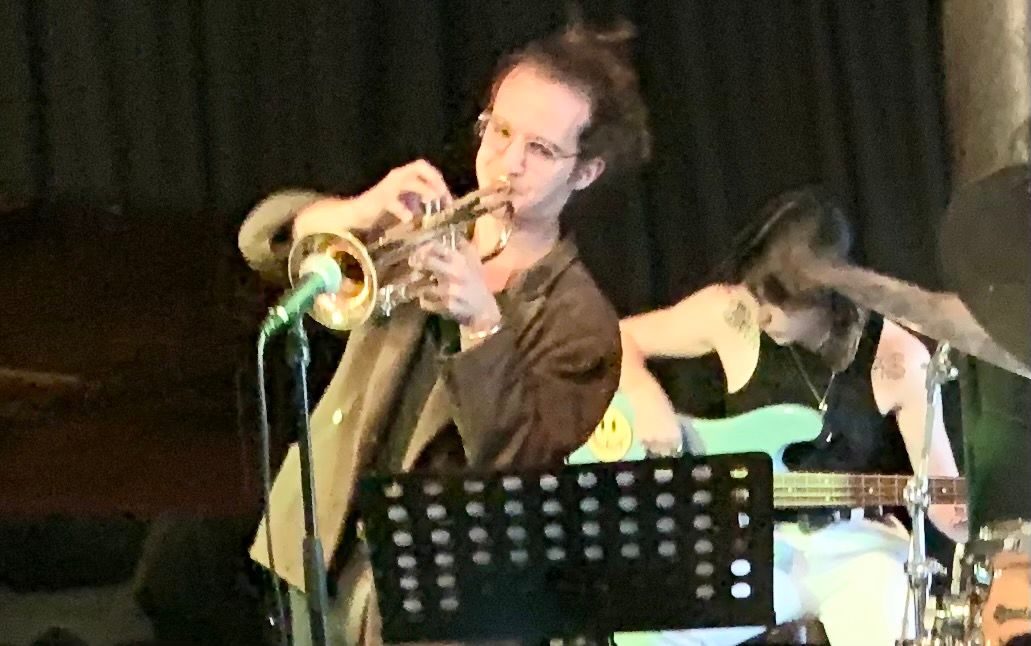 The way the band finds a lot of space but still spills out with a whole lot to say is striking and actually quite inspiring. ‘Echo Chamber’ had the best lyrics as honest maybe as a page from Wilkins' diary and the singer ventures beyond confessional into the mystic more like lucid dreaming. Drummer Jack Robson played like a pianist surely the ultimate but truth be told I had come to hear bass guitarist Daisy George for the first time live knowing her reputation on a few tracks. She did not disappoint and reminded me of the great Yolanda Charles from the Deep Mo. What a talent.

The ''obligatory cover'' using a Wilkinsism was a very cool choice in PJ Harvey’s ‘Catherine’. ‘Morpheus’ lost its way a bit, however. Best was kept to last and ‘Dissociation’ worked a treat. Wilkins is like Maggie Nicols especially when Wilkins went out or Lauren Kinsella. As for Gestalt, they are the best new band that I've witnessed in simply ages. SG

Becca Wilkins and Christos Stylianides of Gestalt, initial photo, the trumpeter highly effective in a Ralph Alessi role. Also Stylianides pictured with Daisy George, above, at the Vortex