Sadly I never ever got to hear Cecil Taylor play live. I did however hear Tomasz Stańko quite a few times over the years whose aesthetic was similar to the great pianist's. Closest I got one step removed was one time going round to Stańko's Rozbrat …

Sadly I never ever got to hear Cecil Taylor play live. I did however hear Tomasz Stańko quite a few times over the years whose aesthetic was similar to the great pianist's. Closest I got one step removed was one time going round to Stańko's Rozbrat Street flat near the Vistula in central Warsaw when Stańko interrupted playing his trumpet miked up to a Cecil Taylor record Erzulie Maketh Scent to make tea and chat. That was the closest I got. Some years earlier than that encounter (which was in the early 1990s) back in 1984 Taylor visited Poland to perform years after an earlier visit behind the Iron Curtain in the 60s when he played solo.

That chronology is according to notes that accompany the newly mastered Music From Two Continents which is out in 10 days' time on the reliably alert Fundacja Słuchaj (''Słuchaj'' being Polish for ''listen'', ''Fundacja'', ''foundation'') label. Not just Stańko but Italian free-jazz matador and soul brother to Stańko Enrico Rava is on this record as is Taylor stalwart altoist Jimmy Lyons with his wife bassoonist Karen and in the personnel too the cult reedist John Tchicai on tenor who is the subject of a 2021-published book (which you can read more about in the pages of the blue moment) and last but not least none other than William Parker on bass (this year on the excellent Some Good News) among the headliners in the personnel.

Listening to the opening 12 minutes makes me very lit up inside for the first time in a long while through its anarchy, fizzing energy and truth revolution remarkable given how we are so buttoned up these days and repressed by the puritanism of the 2020s. Even though we usually think of Ornette and Paul Bley as being the instigators of free jazz it was just as much Cecil Taylor in the vanguard only that Taylor's music is so much more difficult to absorb in its fecundity and wild spirit and which even got more baroque in its intensity as the years went on melding his bulldozing harmonic blitzkrieg of ideas and darting raids on the imagination with poetry readings and more (not my favourite aspect of his work) that obscures his contribution to many. There are three tracks on the release in the Bandcamp version, the second and third each clocking in at 25 minutes plus. Get it on CD and you don't have to put up with any breaks and hear it all in one. Sound quality is excellent meaning it sounds human, not that easy to achieve given that Sala Kongresowa where it was recorded (Stalin's gift to the ''grateful'' Polish nation) is an unlovable and overly clinical redoubt. SG

ALL HAIL THE UNDERDOG WAGGING A LONG TAIL Glancing at the latest most-played jazz tracks globally on Spotify released within the last 18 months it's not at all what you'd expect. For instance who knew that UK journeyman pianist Rob Barron who most … 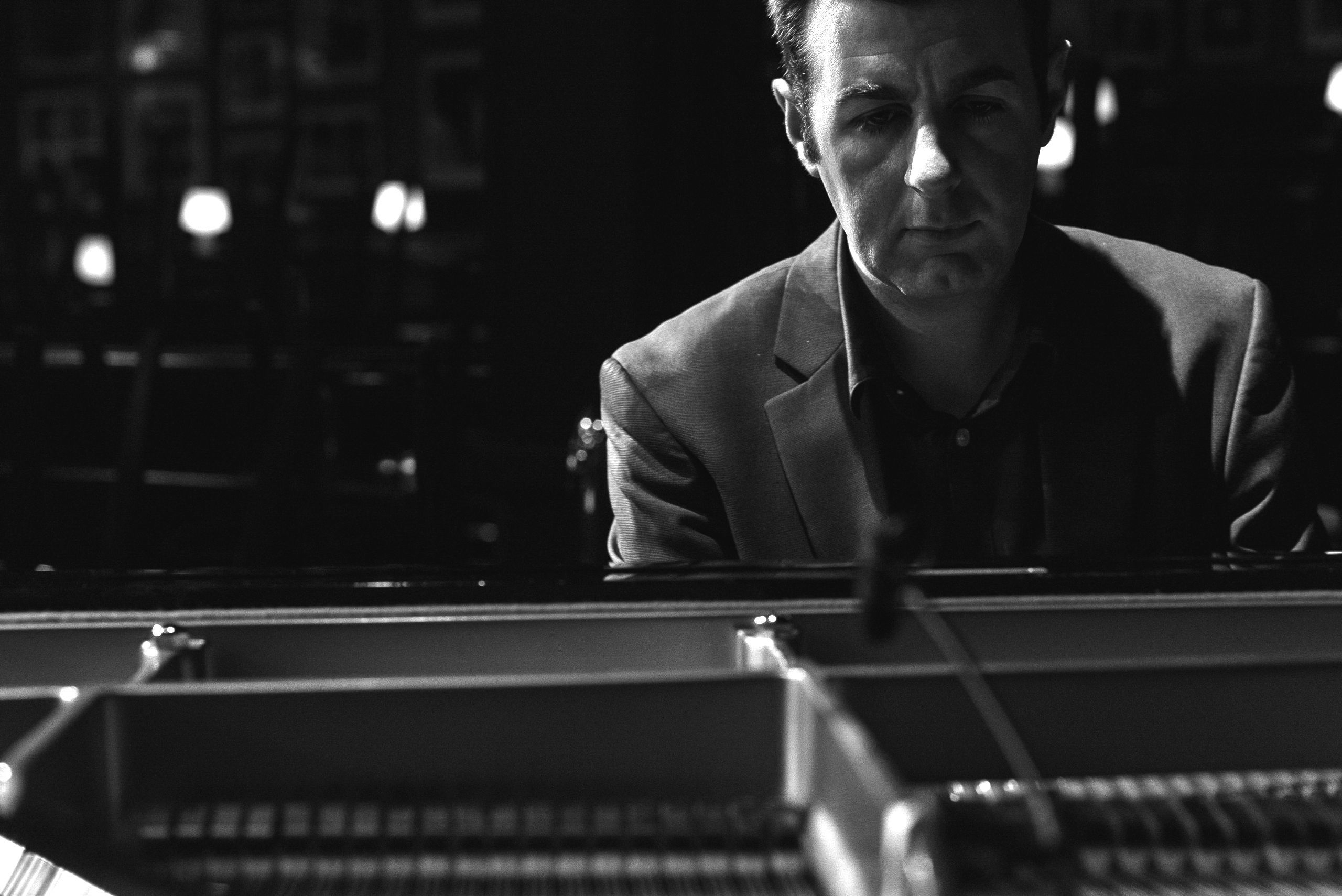 ALL HAIL THE UNDERDOG WAGGING A LONG TAIL

Glancing at the latest most-played jazz tracks globally on Spotify released within the last 18 months it's not at all what you'd expect. For instance who knew that UK journeyman pianist Rob Barron who most jazz fans will not even be that familiar with, and certainly not the most extrovert of performers in an idiom of jazz where being discreetly elegant is a positive virtue not that in a fickle world distracted by a tsunami of tat it receives much attention, is a streaming legend with more than 3.6m streams since release just over a year ago. The London-based pianist in all the jazz genre is currently 18th most streamed globally for his rendition of 'A Time For Love' the Johnny Mandel and Paul Francis Webster Oscar nominated song featured on 1966 film The American Dream and covered that year by Tony Bennett with Mandel conducting.

Barron was first on this blog's radar back in 2016 when he had a solid but unremarkable record at the time out called What's In Store full of lots of familiar tunes. Influenced by the heart of the modern-mainstream bop and beyond tradition identified with the likes of Cedar Walton, Wynton Kelly and Hank Jones you could close your eyes and locate What’s in Store easily back in the heyday of the Blue Note era. More recently back in the autumn on 2020 From This Moment On from which 'A Time For Love' is the very last track appears on an album that includes compositions by Barron along with Great American Songbook standards including the title track Cole Porter evergreen. Barron studied at the Leeds College of Music and the Guildhall School of Music, and on the album is with Jeremy Brown on bass and Josh Morrison on drums both players well known for their work with the singer Stacey Kent.

FILLIP FOR CHARLAP: LIFE'S A GAS

While still on Spotify again indicative of an appetite for classic piano trio sounds in the modern mainstream idiom the new Great American Songbook-soaked Bill Charlap trio album Street of Dreams has clocked up more than 385,000 streams in not much more than a week for 'I'll Know' which as noted in our review the inclusion of which certainly made sense as the Frank Loesser standard from Guys and Dolls isn't one you hear so obviously these days.

Looking ahead, will this be a trend? The signs are it might as even Adele leans into a titan of jazz piano, Erroll Garner, atmospheric crackles and all, and 'No More Shadows' on 'All Night Parking (with Erroll Garner) Interlude' which appears on her mega selling latest album 30. Given the singer's influencer power the chances are interest in classic jazz mainstream piano from the 60s will get even more of a boost as the Adele audience discover the idiom perhaps for the first time.