No stranger to the Dalston, east London, Hackney jazz club the Vortex where Ethan Iverson will next month be appearing with bassist Conor Chaplin (Dinosaur, formerly of the punk-jazz outfit WorldService Project) and drummer Martin France (Spin …

No stranger to the Dalston, east London, Hackney jazz club the Vortex where Ethan Iverson will next month be appearing with bassist Conor Chaplin (Dinosaur, formerly of the punk-jazz outfit WorldService Project) and drummer Martin France (Spin Marvel, Krononaut, Loose Tubes), a UK visit that also includes a first ever live performance by the pianist of George Gershwin 1924 classic Rhapsody in Blue at operatic tenor Mark Padmore's artistically directed St Endellion festival in Cornwall on Wednesday - pianist, composer, bandleader, Iverson made a breakthrough recording earlier this year with his Blue Note debut Every Note Is True which is a fascinating trio record on a number of levels.

From the moving Sesame Street-like vocal choir on 'The More It Changes' the sort of melody that you will suddenly remember weeks after first hearing it to probably what is even more surprising earwitnessing how Iverson reacts to the drumming of erstwhile Keith Jarrett ''Standards Trio'' icon Jack DeJohnette formidable last year on Skyline and the Mehldau-ian bass star Larry Grenadier, a very different trio sensibility to The Bad Plus whose tenure-in the Wisconsin born Iverson lasted some dozen records. He says in a half hour phone chat regarding his Vortex choice of drummer that he would have been playing London with the Konitzian Jeff Williams but Jeff is out of town.

However, he well knows France's work through his records with Django Bates and having himself played with the Englishman France with another Martin - Martin Speake - one of the UK's top Cool School altoists. Actually, the top.

From Iverson's already voluminous discography for a man still in his forties hear 2018's Intention for a slice of Speake and Iverson together for instance (the drummer on that occasion James Maddren). Something of a masterpiece that some fans may still not know about.

Moving up to the present you get a certain grandeur in the cadences on 'The Eternal Verities'. But actually the latest album resists the urge to go out all guns blazing and instead is quite pared back in places as if Iverson is time travelling back to a mythic jazz past.

Speaking yesterday on the phone from New York where he lives he says that he has played with Ireland-born Englishman Chaplin before as well as France. He says Conor is a ''great bassist.''

Fifty in February next year the pianist will be releasing a second record for Blue Note at some stage we can reveal. But Ethan is keeping mum and won't give any detail about it - understandably.

What he does spill a little more about is what he says has been a ''very productive'' week so far, gigging with a local rhythm section in Durham, North Carolina and playing with some guys there for the first time. He says he like that process. The band played music from Every Note Is True the music of which he says is ''accessible'' and ''no problem dealing with.'' He sends the music through in advance and he and the players do a short rehearsal. His new bandmates can either memorise the tunes or play from sheets.

Turning to the lump-in-the-throat quality of 'The More It Changes' he explains given my tentative suggestion as to it containing a sound that chimes with the style of that hugely popular internationally exported US kids show Sesame Street he says that it was indeed a ''formative influence'' on him and cites Joe Raposo (who wrote the theme song and much covered 'Bein' Green' for instance introduced to the canon of popular music by the frog Miss Piggy called Kermy.

He adds: ''I heard Philip Glass for the first time on Sesame Street!''

Growing up in Wisconsin in a small town called Menomonie he is thoughtful about notions of possible teenage rebellion. He immersed himself in playing rather than becoming a punk or outcast. ''There were lots of opportunities to do things,'' he muses. And he had a gig playing standards in a restaurant.

''No one would mistake me for a punk,'' he says with an easy laugh. 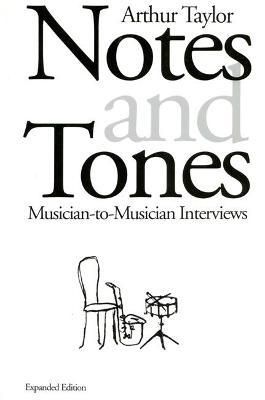 And yet some, scrolling forward to teaching at the elite New England Conservatory of Music in Boston where he advocates to students the joys of Art Taylor's Notes and Tones, might before encountering him instead of discovering an attractively conveyed intellectualism expect instead the ''punkness'' of The Bad Plus the groundbreaking trio with Reid Anderson and Dave King that he was long a part of before developing his successful solo career since.

Ethan later in the conversation refers to the post-rock and minimalism of the group and contextualising them to an extent refers to Australian outfit The Necks (much championed by Richard Williams for instance in his fine 2009 book The Blue Moment) who he thinks were on the same wavelength as TBP while reaching their equivalent destinations completely independently.

The last time marlbank chatted to the pianist was when he was on ECM around the time of Common Practice, the pianist's superb live at the Village Vanguard album issued in 2019. Now it's a different sound and an album full of the weight of the lived experience of Lockdown and a certain universal introspection that the pandemic lobbed at most humans during an exceptionally difficult time.

You glean a good deal of reflection on a track like 'Had I but Known' and a track such as the delightful 'Merely Improbable' revels in that lightly swinging touch Iverson does so well and that Jack DeJohnette, who made history with Charles Lloyd, Jarrett and Cecil McBee California dreaming on Forest Flower turning on the hippies in Monterey, also helps catch fire.

We talk about blogging a bit given Ethan's alter ego as a fine literary writer and musicological scholar both on his own publication Do the Math and in articles for The New Yorker, the globally pre-eminent English language literary magazine. Ethan says he thinks the conversation has moved away from blogs to Twitter, TikTok and other social media. Before all these he notes blogs had reach. But he seems to be suggesting that this isn't so much the case any longer in general terms.

On jazz journalism from the past while he likes the ''powerful prose'' of Whitney Balliett, the man who famously described jazz as ''the sound of surprise,'' he thinks Balliett whose prose also adorned The New Yorker ''missed the point'' but carefully mitigates what he means by saying that the music was ''incredibly new'' when such writers as Balliett, Martin Williams and Leonard Feather were in their heyday. He prefers the approach of the Black Arts movement eminence poet and critic A. B. Spellman (Four Lives in the Bebop Business) and the aforementioned Notes and Tones author the Giant Steps drummer fans knew as AT, writers closer to the African-African community who drew out insights others might have missed. In a way I suggest Jeremy Pelt author of Griot: Examining the Lives of Jazz's Great Storytellers is like that today as an admired author as well as a top player. Iverson doesn't demur.

Turning to the art of the trio, I suggest a comparison in form similar to the vast possibilities of the novel. It can be anything it seems. He agrees that the trio is a ''wonderful format'' and expresses his love for the piano trio referring to its heyday in the 1950s and 60s and citing Erroll Garner, Hampton Hawes, Bill Evans, Oscar Peterson. I hear the influence of Peterson, particularly 'Night Train' on 'At the Bells and Motley.'

We talk about Thelonious Monk a little. Ethan wrote an excellent liner note for the superb Gearbox label Mønk release of a Copenhagen 1963 concert put out in 2018 for the first time. He says that the first Monk album he got was the one with Monk's first name misspelt 1954's Piano Solos that appeared on different labels but the one he got was issued by the obscure Everest label.

On ''change'' in jazz, again a key word in terms of his record, he says that the jazz tradition is ''awfully malleable - perhaps too malleable. And maybe there should be a stricter definition''. He clarifies this controversial assertion by pointing out how differently saxophonists Anthony Braxton and Cannonball Adderley play. He sees style in terms of significant figures as genre capital letters who stand for something. So say Duke Ellington. So, Geri Allen. It is no exaggeration to say that the sound of Ethan Iverson stands for something special to be capped up too. Esque is more. SG 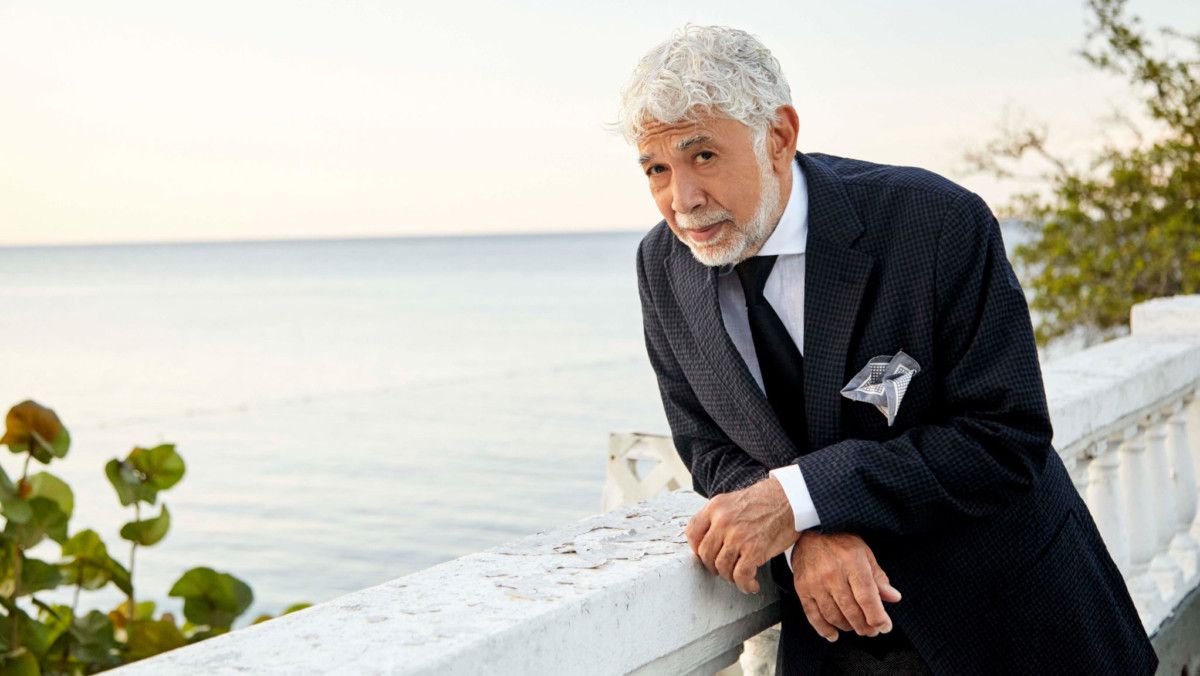 'Faith Can Move Mountains' is from the reggaefied Love Notes which is new in the marlbank 1 Love track-of-the-day spot - a vocals-flavoured marinated with meaning Nat King Cole bedecked album that has a 19 August release and the latest from Jamaican great much loved pianist Monty Alexander who sings in addition in a light, very pleasant, lilt on the track.

Monty's very fine take, a Caribbean flavoured delight from one of the masters unveiling his inner crooner, of the 1952 Ben Raleigh and Guy Wood song covered that same year by Johnnie 'Cry' Ray with The Four Lads and in Monty's version featuring a solo by much-missed trumpeter Roy Hargrove.

Monty says: ''I remember hearing this as a little boy in 1952 and it gave me faith for the future. One of my Nat King Cole favourite songs.''